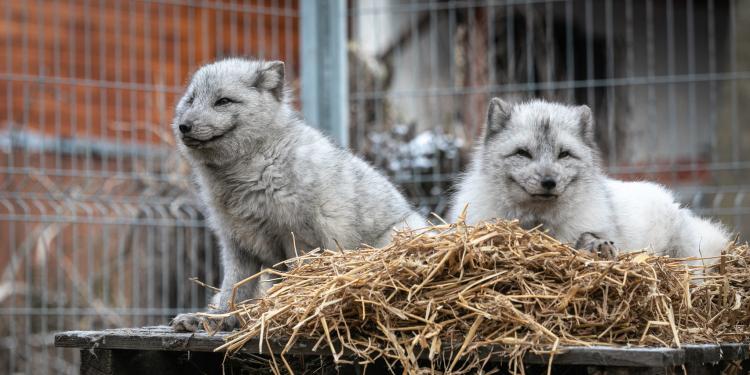 News
The initiative of the Dutch and Austrian governments, backed by ten Member States, demands the end of fur farming in the EU on the grounds of animal welfare, public health and ethical considerations.

During yesterday’s Agriculture and Fisheries Council, the Ministers from the Netherlands and Austria tabled a discussion paper calling upon the European Commission (EC) “to undertake appropriate action leading to the end of fur farming in Europe”.

The request takes into consideration animal welfare and ethical considerations linked to fur farming but also the risks for public and animal health due to the animals susceptibility to infections with SARS-CoV-2.

It’s a giant leap forward in the long battle to end fur farming since it goes to the root of the problem, underlying that “the way of keeping mink and raccoon dogs and other animals such as foxes and chinchillas on commercial fur farms has a negative effect on the welfare of these animals”. And that improving the conditions in which fur farms are currently run won’t guarantee the animals welfare. “Therefore, fur farming per definition poses serious threats to animal welfare”.

The public health risks linked to fur farming were clearly displayed in a scientific statement signed by numerous scientists from the fields of virology, infectious diseases, clinical microbiology, veterinary medicine and environmental health, released by Eurogroup for Animals and the Fur Free Alliance back in February.

Several Member States have already committed to end fur farming, and Members of the European Parliament also shared their concerns on the practice. In the adopted Report on the EU Biodiversity Strategy the European Parliament acknowledged that fur production can significantly compromise animal welfare and increases their susceptibility to infectious diseases including zoonoses.

The discussion paper signatories asked the EC to apply emergency measures in accordance with the Animal Health Law as was asked by European Citizens. Indeed, an opinion poll commissioned by Four Paws and Eurogroup for Animals to YouGov back in March, showed that EU citizens are in favour of emergency EU action to end fur farming and breeding, to protect their health.

The public is asking not only to protect their health but also to end animal suffering: more than 500.000 people have already signed a petition calling for the end of the fur trade. Now their voices are mirrored in the Member States requests.

The signatories “ask the European Commission to investigate the options for the permanent prohibition of fur farming in the EU and to present a legislative proposal to achieve this goal”.

We applaud the initiative from the governments of the Netherlands and Austria to raise this issue and the support of ten fellow EU Member States, among which Poland, the third largest fur producer.

Scientists, elected representatives and the public united their voices in asking to put an end to fur farming. Their request cannot go unanswered, now the EC has the opportunity to step up and prove that animal welfare is a real priority at EU level.