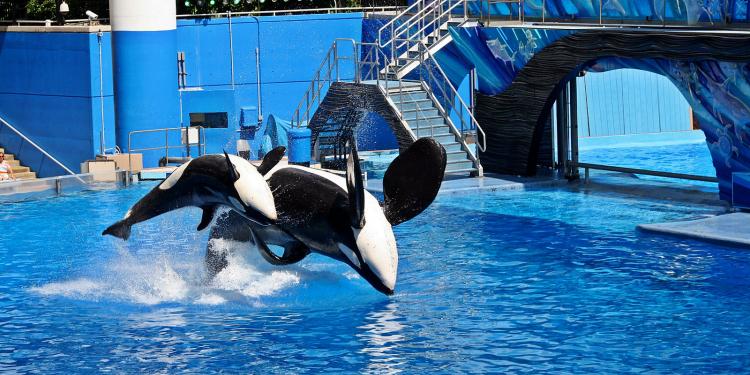 News
Animal rights group PETA US has become a shareholder in Tui as it steps up a campaign against the travel group selling tickets to SeaWorld marine parks.

It says the move will enable its representatives to attend the travel group’s annual general meeting in Hanover on February 12, speak to other shareholders and executives, and call for the company to end its SeaWorld ticket sales.

People for the Ethical Treatment of Animals has been campaigning against an alleged history of orca deaths at the marine park including protests outside Tui agency branches.

Almost 75,000 people have written to the company to urge it to join other travel providers – including STA Travel and Responsible Travel – in refusing to sell tickets to SeaWorld.

Thomas Cook is to stop selling tickets to all parks using orcas from this summer following pressure from PETA.

PETA director Elisa Allen said: “If Tui hopes to maintain a shred of credibility with animal-loving holidaymakers, it must follow Thomas Cook’s example and stop profiting from orca abuse.

“As a shareholder, PETA US will be able to push Tui’s management to do the responsible thing for shareholders and animals alike and cut ties with SeaWorld.”

Tui said: “Tui Group is aware of the PETA protest and we understand the debate surrounding SeaWorld and Loro Parque.

“We are committed to working only with excursion venues that agree to uphold the ‘Global Welfare Guidance for Animals in Tourism’ as formulated by the Abta.

“The two venues we feature are subject to an extensive and independent animal welfare audit programme to ensure that they are upholding global animal welfare standards.

“We are in discussions with both venues to elaborate ways to further improve animal welfare and address the issues of concern.”

:Additionally, SeaWorld is certified and accredited by some of the world’s foremost zoological organisations, including American Humane, the Association of Zoos & Aquariums and Alliance of Marine Mammal Parks & Aquariums.

“Research conducted in association with YouGov demonstrates that there is an overwhelming support for zoos and aquariums amongst the British public, especially when modern accredited zoos and aquariums play a vital role in conservation.”