Towards a harmonised European label for animal products 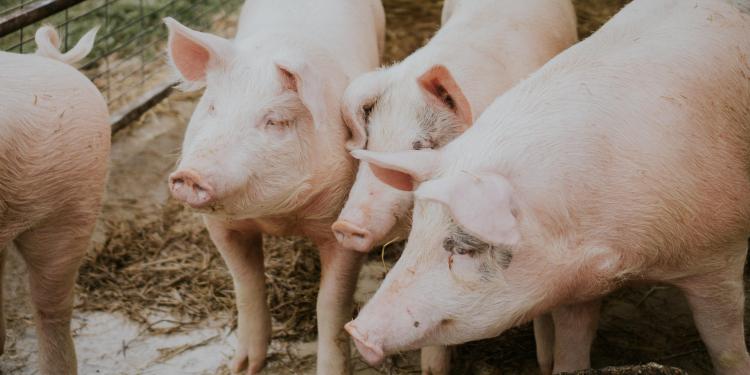 Towards a harmonised European label for animal products

On 16 September 2020, Eurogroup for Animals hosted a high-level online event on labelling for animal products, bringing to one table more than 120 experts from industry, public, and the civil society sector, representing 24 Member States. The event provided a platform for an open discussion on the future of a European food labelling between the different stakeholders under the Chatham House Rule.

Almost half of European citizens do not believe that currently, retailers offer a sufficient choice of animal welfare-friendly food products. With a dozen different labelling schemes on farm animal welfare in at least six European countries, the Single Market is at risk of becoming fragmented.

The EU aims to counter this trend and is expected to put forward a proposal for a harmonised food labelling scheme in the context of its Farm to Fork strategy (F2F). On 15 June 2020, the European Commission presented the creation of a sub-group on labelling as part of the Animal Welfare Platform and, under the German presidency, the European Council announced it would make food labelling a priority in its agenda for the next six months.

Julia Klöckner, German Minister of Agriculture, explained: “Harmonised higher standards, that are credible and transparent for consumers, are crucial in the single market.”

In order to create a platform for a first informal meeting between the various stakeholders, Eurogroup for Animals hosted a virtual event on 16 September 2020. The German Federal Consumer Association, Winterbotham Darby, Kentucky Fried Chicken Europe, Dierenbescherming and Groupe Casino presented the state of play of animal welfare labelling in Europe. The presentations were followed by break-out sessions where the participants could exchange views and comment on the first part of the event.

The discussions highlighted the positive aspects of a harmonised labelling scheme, but also the challenges and barriers which still need to be overcome towards a European label. What also became clear was that all stakeholders involved considered the topic as developed enough to be carried a step further at the EU level.

A label that would combine method-of-production marking with simple information on animal welfare would be the Method-of-Production Plus (MoP+), based on a core set of animal welfare indicators. This type of label is prospective, and labels such as Haltungsform (Germany), Lidl UK’s method-of-production labelling for poultry meat and the Etiquette bien-être animal (France) already contain elements of an MoP+ label.

There was a general agreement that the labelling should be mandatory rather than voluntary. In that case, particular attention should be given in supporting the transition for farmers.

Another aspect on which there was a common agreement was the demand that the label should cover the entire process (rearing, transport, slaughter) and that consumers need to be well informed with clear details and explanations.

In October, Eurogroup for Animals is going to publish a report on food products labelling containing the conclusions from the event as well as giving an overview of the current state of play of the discussions around labelling and the challenges and barriers to overcome.