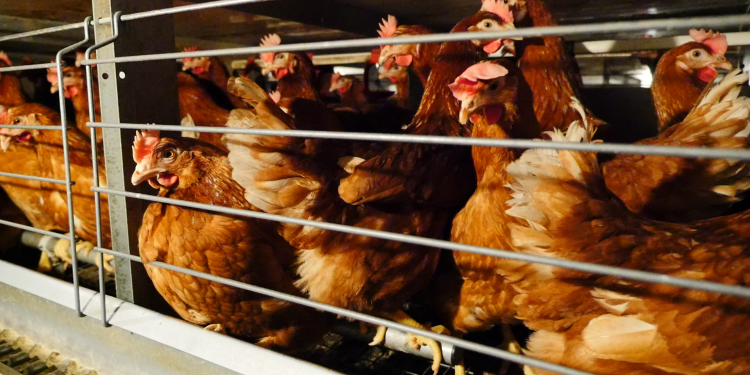 The End the Cage Age ECI calls on the EU to phase out the use of cages in animal farming. Today’s public hearing was a milestone for the ECI in the run-up to the official response from the European Commission, expected in the next few months.

The EU claims to be a leader in animal welfare, yet every year it condemns more than 300 million farmed animals to lives of misery in cramped cages. This medieval practice is cruel and completely unnecessary since viable cage-free systems not only exist but are also in use in some parts of the EU. A number of pioneering Member States and businesses have led the way in ditching cages. Now it is time for the rest of the EU to catch up. In line with the ambitions of the European Green Deal and Farm to Fork strategy, we call on the European Commission to propose a phase-out of cages in farming through a revision of the 1998 Directive on the protection of farmed animals.

MEP Norbert Lins, Chair of the Committee on Agriculture and Rural Development (Group of the European People's Party, Germany) concluded at the hearing that "most speakers welcomed this initiative" and noted that "the ball is now in the Commission's court."

Before the hearing, on 13th April, EU citizens and Non-Governmental Organisations (NGOs) rallied behind the End the Cage Age ECI Initiative on Twitter, encouraging MEPs to support the ECI during the public hearing. A total of 35.000 tweets were sent, reaching a potential number of more than 3,7 million views, making public support for the ECI undeniable.

The End the Cage Age ECI launched on 11th September 2018 and closed exactly a year later. With 1.4 million verified signatures from citizens across the EU, it became the first successful ECI in farmed animal welfare.

Bo Algers, Professor Emeritus at the Swedish University of Agricultural Sciences, said: “EU law for farmed animals is incredibly outdated. Since 1998, when the EU adopted its Directive on the protection of farmed animals, the output from the animal welfare science has on average been tenfold. Today, we have a much better understanding of how physical, physiological and psychological factors relate to animal welfare. A wide range of species-specific ethological needs are not, or cannot be, provided in a cage, whether enriched or not. It is now crystal clear that cages, due to their inherent physical and behavioural restrictions, cannot provide good welfare, no matter how good the management.”

MEP Eleonora Evi, Vice-President of the Animal Welfare Intergroup and co-chair of its cage-free working group, said: "Today’s public hearing marked another fundamental step towards the objective of a cage-free Europe. Together with many like-minded MEPs, we gave a voice to the over 300 million animals that every year, in the EU alone, spend all, or a significant part, of their lives imprisoned in cages. The enormous support received by this European Citizens’ Initiative throughout Europe cannot be ignored by the European Commission, which needs to come forward with a legislative proposal to end the unnecessary cruelty of caged farming as soon as possible, bringing EU farming practices closer to our citizens’ expectations and more aligned with nature and the protection of public health.”

MEP Anja Hazekamp, President of the Animal Welfare Intergroup and co-chair of its cage-free working group, said: “Hundreds of millions of animals in Europe are locked up in cages for farming purposes. These animals have no chance to exercise their natural behaviours and the conditions in which these animals are kept are so bad that their lives become one big agony. Cages are cruel, but also outdated and unnecessary. It’s a milestone that more than 1.4 million citizens have stood up for these animals to put an end to the 'Cage Age'. We are now looking at the European Commission and the Member States to prove that they take their call seriously, and that they take the European Citizens’ Initiative as a democratic instrument seriously. A legislative proposal to ban the use of cages in agriculture must be put forward without delay.”

Věra Jourovà, Vice-President of the European Commission responsible for Values and Transparency, said during the hearing: “The Initiative is fighting for a cause that is topical in the current public debate to improve animal welfare for farmed animals and to invest in sustainable farming. These are valid objectives, which the Commission has embraced in its political ambitions to design fair, healthy, and environmentally-friendly food systems and which have found their way in the Farm to Fork Strategy adopted in May last year.”

Stella Kyriakides, Health and Food Safety Commissioner, said during the hearing: “We are taking steps to tangible action because, as I have repeatedly stated, animal welfare and animal health are very high on our agenda.” She added: “We are very much aware that we need to do more, and we need to strive for better. And we are absolutely determined to do so. The European Citizens’ Initiative is a timely reminder of that. It is a heartful example also of democracy at its best.”

Janusz Wojciechowski, Agriculture and Rural Development Commissioner, said during the hearing that EU farm subsidies and recovery funds “can also be used in part to phase out caged farming and implement alternative methods”, and added “you have the full support from the European Commission to implement this transformation.”

Ruud Zanders, co-founder of the high animal welfare poultry farm, Kipster, said: “I grew up on my parents' intensive poultry farm, which ended up going bankrupt in 2007. This made me rethink the model of production we were using. With Kipster, we set off to create the most animal, environment and people-friendly poultry farm on this planet. It turned out to be a golden egg for us, as our business is both profitable and scalable. We do not only want to respond to consumer demands but anticipate change and even set an example in the world that better ways of farming are possible.”

The hearing was organised by the European Parliament’s Committee on Agriculture and Rural Development in association with the Committee on Petitions.

The hearing’s programme can be found here.

The hearing’s recording can be accessed here.