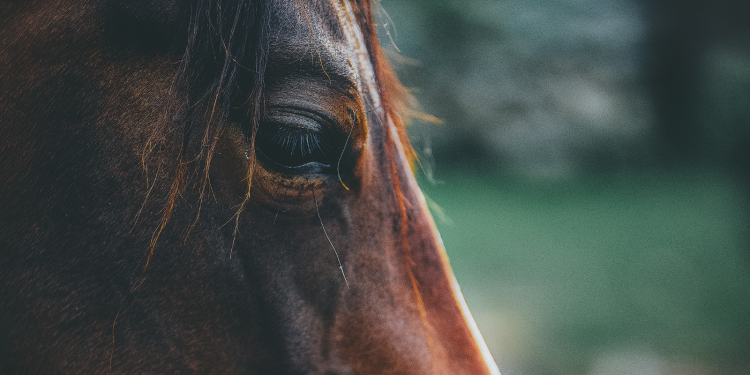 News
Despite the 2013 horse meat scandal, it is still not mandatory for operators and authorities to provide and control information on the origin of horse meat. As a result, to put it simply, there is no certainty on where your meat is coming from.

For the past 10 years, alongside BEUC, the European Consumer Organisation, we have been demanding mandatory country of origin labelling for horse meat regardless of its shape and form. Today, the European Commission runs a public consultation on the revision of food information to consumers (FIC) Regulation and we call for the inclusion of horse meat within the scope of the regulation introducing mandatory Country of Origin Labelling (COOL).

In 2020, around 60 million horses were registered as livestock worldwide by the Food and Agriculture Organisation for the United Nations (FAO), and just over 5 million of them are slaughtered every year. The same year, the EU imported 16,340 tonnes of horse meat, mostly from Argentina, Uruguay, the United Kingdom, Canada and Australia.

Below we present to you three reasons in favour of mandatory labelling requirements on horse meat.

In 2013, the horse meat scandal exposed that numerous food in the EU sold as beef actually contained horse meat. Despite the public outcry, the situation has not changed as in 2021, Europol and Interpol investigations identified horse meat sold as veal. Mandatory COOL requirements would constraint industry stakeholders to give accurate information so that consumers can make informed decisions. Such requirements are already in place and indicate country of origin, raising and slaughter, for beef, swine, sheep, goats and poultry demonstrating the feasibility of the measure. Furthermore, investigations conducted by a consumers’ association show that origin-labelling provisions for these types of meat were implemented without unnecessary burdens on the meat supply chain and on national administrations.

Investigations conducted by animal welfare organisations have revealed shocking conditions and maltreatment of horses at assembly centres, during transport and at slaughterhouses in Argentina, Uruguay, USA and Canada. Some animals are kept in horrifying conditions in open-air feedlots, without any protection from the weather or veterinary care for six months until they can be slaughtered. The introduction of COOL requirements in the EU giving the possibility for EU citizens to choose local meat will incentivise horse meat industry operators to improve the living conditions of these horses so that they comply with EU animal welfare standards.

Consumers build an association between the origin information of meat and a perceived level of food safety. Consumers also question the safety of their food and are particularly concerned about antibiotic residues and hormone levels in meat. Recent investigations have revealed the presence of EU banned chemicals in horse meat samples such as diclofenac or thiabendazole. In addition, issues around traceability and horse passports, as well as  number of horses slaughtered for meat and not registered as livestock raise a question of veterinary medicines in human consumption. These consumer concerns are therefore legitimate and it is essential to improve labelling and traceability of horse meat to ensure food safety for EU citizens.

What can you do?

You can reply to a European Commission public consultation on the food information to consumers Regulation until 7 March 2022. Raise your voice and demand the horse meat labelling.

*According to the French report, the argument of higher food prices due to traceability does not hold, since the impact on the price is minimal.; it represents only an additional cost of + 0.7% or only + 0.015 Euro for a tray of lasagna, for instance. Indeed, these increases are much smaller than the price differences usually observed between retail chains.

Commissioner Janusz Wojciechowski visits a horse shelter to discuss the protection of equines in the horse meat trade
Cruel hormone production in South America for European animal breeding farms
Eurogroup for Animals calls the European Commission to stop the production, import and use of eCG in the EU