Sustainable Food Systems: the intersection of trade and animal welfare 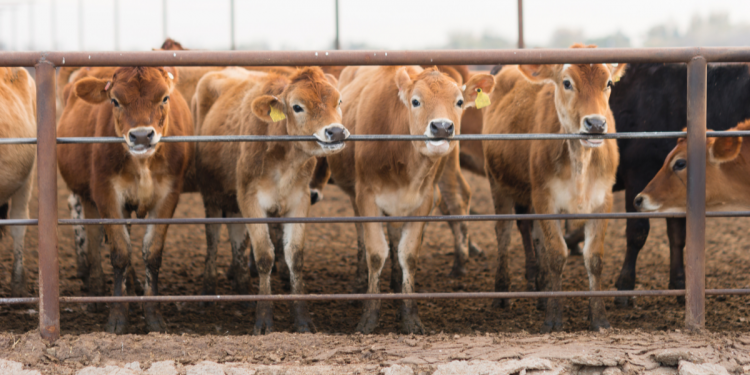 Sustainable Food Systems: the intersection of trade and animal welfare

The COVID-19 crisis has reminded the world of the limits of unconditional trade liberalisation, which tends to favour corporate interests while ignoring the effects of the intensification of animal agriculture on the planet and on the animals. This has contributed to the three key challenges the planet is currently facing: zoonoses, antimicrobial resistance, and the overall climate and biodiversity crisis.

At the moment, international trade and economic policies are fuelling rather than countering the expansion and negative impacts of intensive livestock farming by prioritising profits and free trade above all. For example, the trade deal between the EU and Ukraine has led to a surge in cheap chicken meat imports, and the ones planned with Australia and Mercosur countries are expected to also fuel beef production - mostly on feedlots - according to the EU’s own analysis.

Indeed, there seems to be a disconnection between the conversations on the much needed transformation of our food systems and the international trade agenda.

Both panels investigated the best ways to ensure that trade agreements and international trade rules not only avoid negative impacts on animal welfare, but also intrinsically contribute to a global transition towards a more ethical and sustainable way of producing.

The first panel focused on how bilateral trade agreements can help to promote higher animal welfare and thus to move towards sustainable food systems.

“We want to step up cooperation [under EU Trade Agreements] and make a big difference,” said Claire Bury, Deputy Director-General for Food Sustainability at DG SANTE. She also underlined the importance of developing work programmes for the animal welfare cooperation with each partner country, “so we have concrete plans about what to do with the country. It’s not a talking shop, it’s about making a change”, Bury added.

Recognising animal welfare has never been as high on the agenda, Pascal Durand MEP called for products derived from animal exploitation - as well as biodiversity and human exploitation - not to be allowed on the EU market.

The EU is not the only place where trade policy is at the centre of important debates. Chris Sherwood, CEO of the RSPCA, portrayed the tensions reflected by the current UK debate on trade policy. “There are real tensions at the heart of the UK government - between ensuring high standards locally, and wanting to have a Global Britain negotiating trade deals all around the world”.

The second panel’s focus was on multilateral issues and how animal welfare can be addressed at WTO level and throughout the value chain.

“There is an increasing interest for animal welfare within our members”, said Jean-Marie Paugam, deputy Director-General at the World Trade Organisation.  “The debate can be open, and the WTO is open to support a trade policy enhancing animal welfare”, he added.

“It is possible to build up a progressive interpretation of [WTO] rules. That would be a huge evolution about how article XX [and its exceptions to trade liberalisation] was being read in comparison to what it was when WTO was created”, said Ignacio Garcia Bercero, Director General for Trade at DG TRADE. “If we are going to [restrict trade based on animal welfare], we will need to have solid, strong evidence to show it is grounded in widely perceived ethical concerns, not tainted by economic considerations”, he added.

Dr Laura Nielsen also mentioned the role that tiered labelling, intertwined with tariff reductions, could play in incentivising businesses all around the world.

A key part of the solution to ensure that trade contributes to a transition towards more sustainable food systems is thus to better address the impact of trade policy on animal welfare.

Asked about his expectations from the UN Food Systems Summit, Pascal Durand concluded that “we must understand that our current production methods are not sustainable for humans nor for animals, and that we must improve the life of all living beings. Once this is understood, policies will follow.”

Now more than ever, we must seize the opportunity the UN Food Systems Summit presents to leverage the emerging global awareness that the health and wellbeing of humans are inseparable from those of animals and the planet. In doing so, we must break down silos to go beyond the traditional animal welfare and sustainability narratives and rethink trade policy, at both bilateral and multilateral levels.
Reineke Hameleers, CEO, Eurogroup for Animals