The suffering of chickens destined for DUC 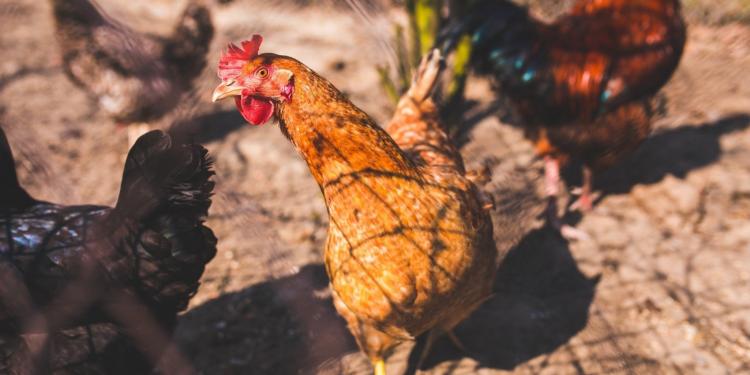 The suffering of chickens destined for DUC

News
Carried out in April 2019, the survey reveals the living conditions of chickens in two separate farms under integration contract with the DUC brand.

One of the farms is in the Aube. About 40,000 chickens are crowded into two windowless buildings, 16 chickens per m2, with no access to the outside, and then slaughtered at the age of 43 days. The other farm is located a few hundred meters from DUC's headquarters in Chailley, in the Yonne. It consists of four windowless buildings in which over 80,000 certified chickens are crammed (density of 18 chickens per m2, slaughter at the age of 56 days).

In these two farms, the chickens, genetically selected to grow quickly, find it difficult to move. Some are so large that they cannot turn around when they are on their backs and are dying on the filthy litter. Others can no longer rise to reach the drinkers and die of thirst. Chickens live on the same litter throughout their short lives. Dust and droppings collect. The ammonia and CO2 released from it cause burns and respiratory problems.