Spanish authorities find animals onboard the Elbeik in detrimental conditions 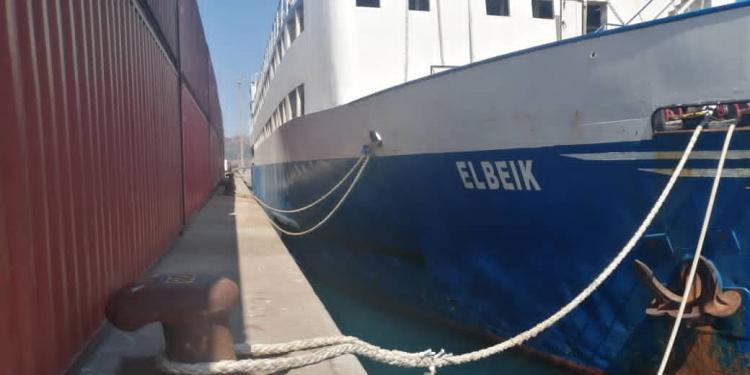 Spanish authorities find animals onboard the Elbeik in detrimental conditions

The Elbeik 1,600 bovines will be euthanised because of their detrimental health and welfare status

The animals on board the Elbeik vessel will soon be relieved from their sufferings. The vessels reached Cartagena (Spain) last Thursday with 1,600 animals still alive on board. Since the vessel left Tarragona last December heading to Libya, 189 animals have already died.

The vessel’s master initially declared to the Spanish authorities that the animals were in a good health and welfare status, but then he acknowledged that their conditions have deteriorated progressively due to the long journey, and that the mortality rate has increased significantly as the length of the journey expanded.

The Spanish veterinarian authorities, in the inspection report shared by our member Animal Welfare Foundation, confirmed that “The most remarkable thing at the time of the inspection was the bad general state of the animals in all the pens [..] it is possible to observe a considerable loss of weight, [..] ribs and vertebrae are visible with naked eye, as well as an evident dehydration”. Indeed, the veterinarian inspectors said that when water was offered, the animals competed to get access to it.

Additionally, “some of these cachectic animals have been found in a stuporous state, being unable to open their eyes and react to stimulus”. The veterinarians also reported that the vessel was overloaded and animals have their hooves covered by feces and urine with the consequent impossibility for them to lay down in a dry and clean area.

As animals show signs of prolonged sufferings with development of cachexia, and dermatological, ophthalmological and mobility problems, the Spanish Government issued an order to euthanise them.

The nightmare of the animals on board the Elbeik, as well as the ones transported by the Karim Allah, clearly shows that animal welfare cannot be guaranteed during long-distance journeys and that, in case of crises, interventions are impossible or ineffective, especially when it comes to export outside the EU.

We call on the European Commission to investigate this case and hold parties accountable for violating relevant EU animal health and welfare law, as well as maritime safety ones.

Additionally, we call on the EU Institutions to use the revision of the Transport Regulation to put an end to long-distance transport of live animals and favour a meat/carcasses and genetic material trade over live transport.