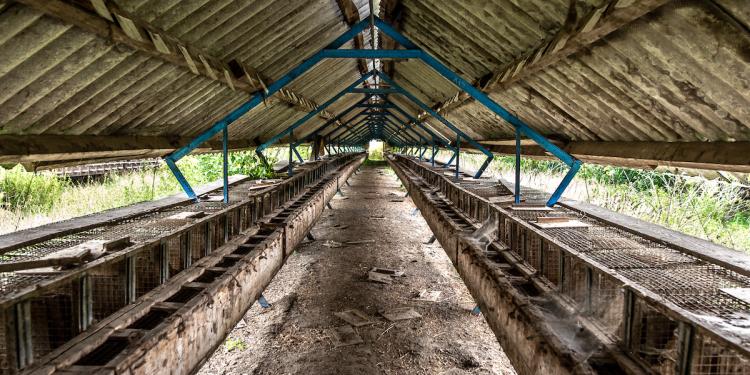 News
The fur industry in Europe may now be facing the same fate as the animals it farms: restricted conditions followed by certain death. Twelve EU Member States have established a full ban on fur farming, three a partial ban, while a further five are considering a ban.

The laggards include Finland and Poland, the EU countries with the highest number of fur farms. Unfortunately, they will likely only be prodded into managing the closure of these businesses by a full ban instituted at EU level across all 27 Member States. Which is why that’s our goal!

Farms on their back paws

Meanwhile in Denmark, following the 2020 COVID-19 outbreak on several hundred mink farms, the Danish government moved to offset the danger to people and other wild animals by instituting a temporary ban on farming and ordering a controversial cull of millions of animals.

The WHO recently confirmed that the infection and spread of SARS-CoV-2 in animal populations could lead to the emergence of new variants that are then passed back to humans. Despite this warning and the Danish public health institute in May highlighting the continued risk of mink farms as potential virus reservoirs, the ban in the country is only due to last until the end of the year.

Fortunately, the vast majority of Danish mink farmers have decided against restarting their operations: 1,243 chose the government compensation on offer for shutting down completely, while only 15 opted for a temporary suspension.

This overwhelming choice strongly indicates that the fur industry has lost a lot of its enthusiasm for what is increasingly seen as an abjectly cruel business that forces inherently wild species to spend their lives in cramped cages, unable to enjoy any natural behaviour.

But, even if Denmark is playing a much smaller role in EU exports of mink and fox skins, these still amounted last year to 4,557 tonnes, with a value of €696,586,228. These numbers are thankfully way down from 2019, when the EU exported over 8,000 tonnes worth nearly a billion. The figures for 2022 will no doubt be even lower, but we are looking forward to 0 tonnes and €0.

Scraping the fur off European shelves

Farming is, however, only one side of the fur industry; the other is products including fur from beyond Europe, which are, astonishingly, still on sale in every Member State. This is why our European Citizens’ Initiative Fur Free Europe is not just seeking a ban on keeping and killing animals on fur farms, but also pushing for legislation to make it illegal for any farmed fur to be sold throughout the EU.

From an animal welfare point of view it makes little difference where an animal is bred for fur, as intensive farming of fur species in wire mesh cages is similar worldwide. This part of the business is also on the decline: EU imports of mink fur amounted to over 800 tonnes in 2019 but decreased to just 200 tonnes in 2021. But again, we’d like to see those numbers drop to zero.

Banning the fur trade in the EU would make Europe a worldwide role model alongside a growing number of American cities and states that have put an end to fur sales.

So join us in making a global difference by adding your signature to the campaign. Let’s bring relief to countless animals whose suffering cannot be quantified.