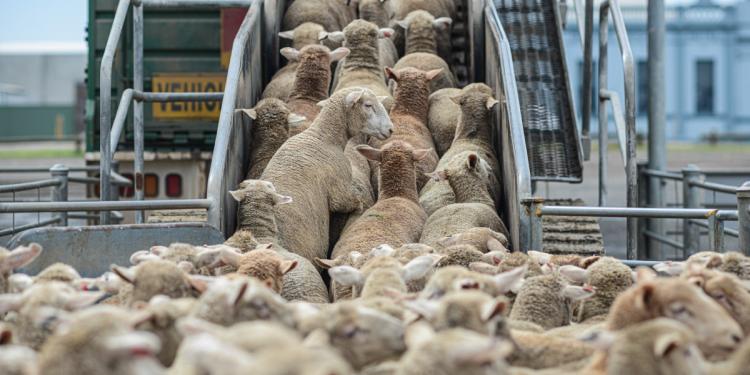 After a COVID-19 outbreak delayed shipping, new laws have been 'waived' in order to export thousands of live Australian sheep this summer.

During June strict new laws prohibiting dangerous summer live export shipments are supposed to come into effect. However, it's been revealed that the export industry's "independent regulator" has granted an exemption that condemns thousands of sheep to be shipped from an Australian winter — straight into the blistering heat of a Northern summer.

Such unavoidable suffering from heat stroke — documented in years of official voyage reports — formed the basis of the Australian Government's decision to prohibit sheep being exported to the Middle East from June to mid-September. 2020 was the first year these new laws were supposed to come into effect.

It seems like this will not be the case. The exporter, after just a couple of attempts, received a an approval to ship 50,000 animals into scorching, dangerous conditions. Allowing this ship to set sail will not only subject sheep to inevitable suffering from heat stress, this decision also renders these new laws meaningless and undermines any government assurances that animal welfare is a priority in the regulation of the live export industry.

TAKE ACTION: Urge the Australian Minister for Agriculture, David Littleproud, to demand that Australian laws — put in place to shield animals and workers alike from the horrors of a live export voyage in summer — are respected!