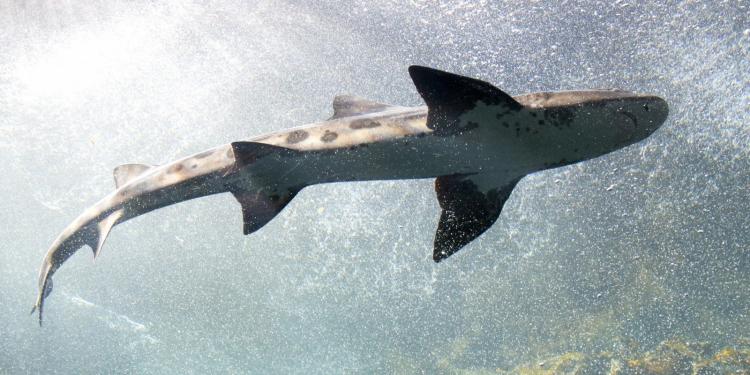 News
Only 50 days left to collect one million votes from EU citizens needed for a successful EU citizens' initiative: A group of citizens from across Europe have united and demand the end of the shark fin trade in the EU, so as to increase the protection of sharks. If successful, a political process will be initiated.

Every year, between 63 and 273 million sharks are killed, and many species are increasingly threatened worldwide. Europe is one of the major players in the global fin trade. Globally, sharks are targeted for their meat and liver oil, but the biggest threat remains shark finning. Sharks commonly have their fins removed while alive on fishing boats, and are then left to asphyxiate or returned to die in the water.

In the EU, the cruelest way to get shark fins - so-called finning - is officially banned. Finning means cutting off the fins of sharks on board a fishing boat and throwing the shark itself overboard. This practice was used to save cargo space and bring only the profitable fins ashore. In the EU, a regulation has been in place since 2013, according to which caught sharks had to be brought ashore with their fins. However, the hoped-for success failed to materialize: Although the catch numbers initially declined, they quickly recovered. This is shown for example by the numbers of the blue shark, the most caught species in the Atlantic. Initially, the numbers fell, but they reached an unimaginable 53,000 tons again as early as 2016, even higher than in 2013. Added to this are a high number of unreported cases and concealment. In shark fin shipments, it is often not documented where the shark was caught, what species it is, or whether it was caught legally. Once the fins are on the market, no one can account for them. Thus, in the past, protected species have been discovered in shark fin shipments again and again, mostly by accident, even in Europe.

How long are we going to accept a hunt that serves to turn the animals' fins into a prestigious and expensive soup? The end of the shark fin trade is urgently needed. Many ecosystems in the world's oceans depend on stable shark populations. The demand of the EU Citizens' Initiative has already been joined by more than 400,000 citizens.

50 days before the end of the vote, the EU Citizens' Initiative will raise awareness about the EU's role in the shark fin trade in many major European cities (Berlin, Paris, Rome, Lisbon, Barcelona, Dublin, Athens and many more).