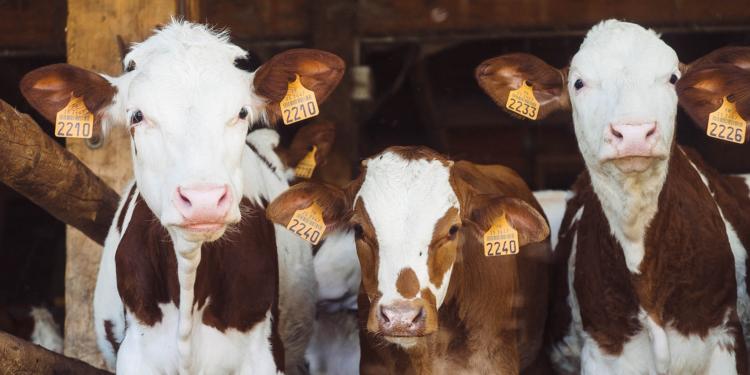 Early September, Svenska Djurskyddsföreningen launched a petition urging Stena Line to stop transporting unweaned calves from Ireland to France. The Swedish shipping company transports over 100,000 young calves each year, in poor conditions that are contrary to EU animal transport rules. On the 18th of November, almost 23,000 names were handed over to Stena Line's management.

On November 5th, Eurogroup for Animals member Svenska Djurskyddsföreningen (SDF) ended their petition on the unethical transport of calves by Stena Line, demanding that the transports be stopped. 22,882 signatures were collected and officially handed over to Stena Line when representatives from the two Animal welfare groups, SDF (Sweden) and Eyes on Animals (Netherlands), met virtually with top representatives from Stena Line in Sweden and the UK. In this meeting, that took place on November 18th, SDF emphasized that their members are upset that a Swedish shipping company contributes to long and agonizing transports of unweaned calves. Furthermore, they requested that Stena Line stops all transports of calves younger than two months as soon as possible, at the latest within one year. In the longer term, SDF does not want any calves to be transported from Ireland at all, but accepts a transition period for practical reasons.

Stena Line replied that they are legally certified for the transports of livestock by the Irish government and are continually inspected by DAFM (Department of Agriculture, Food and the Marine). However, they do want a dialogue with both animal welfare groups and the Irish authorities in order to improve the conditions during the transportation further.

Apart from the handover of the petition, the meeting concluded that a dialogue will continue between SDF and Stena Line. Stena Line promised to hand over the petition to the Irish government and discuss age requirements for transported animals.