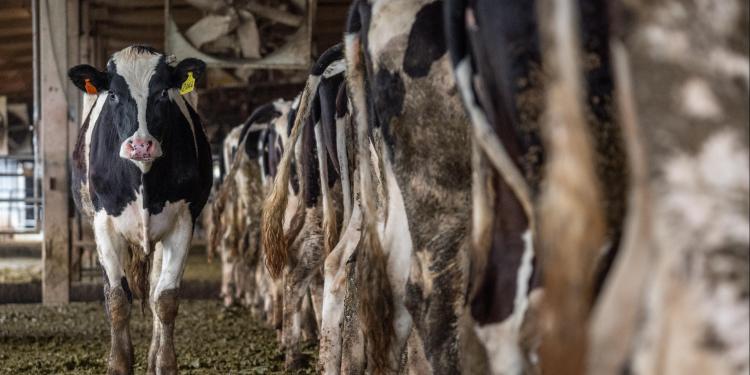 As the House of Lords is currently scrutinising the agriculture bill, the UK parliament is faced with a once-in-a-generation opportunity to protect the UK’s farm animal welfare standards. Failure to act now could result in a catastrophic weakening of the hard-won protections for millions of animals in the UK, says RSPCA.

In an open letter to the Guardian, Chris Sherwood, chief executive of our member organisation RSPCA addresses the current state of play of Brexit: With only three more months until Brexit and the increasing risk of no deal between the UK and the EU, and as a net importer of nearly 40% of food in the UK - the vast majority coming from the EU -, the government has to feed the nation. Sherwood argues that manifesto promises and parliamentary pronouncements guaranteeing to protect higher welfare standards have not been backed up by the legal protections essential to ensure the government does not roll back on its commitment to protect British farmers and their animals.

Sherwod highlights the imports of chlorinated chicken and hormone-injected beef cattle, but also the farming systems these animals are raised in: Countries such as the US, who the UK could be trading with in the future, have lower welfare systems that are banned in the UK, such as barren battery cages for hens and sow stalls for pigs which severely compromise animal welfare.

A recent survey showed 83% of UK adults agree that the UK should not allow imports of food from the US that were produced at lower standards than those here.

The RSPCA is calling on citizens to sign their petition in the hope that the government will listen to the public and protect farm animal welfare by legally guaranteeing, as part of the Agriculture Bill, that imports produced to lower animal welfare standards than the ones in the UK will not enter the UK.