Report: Horseshoe crabs and the pharmaceutical industry - Challenges and alternatives 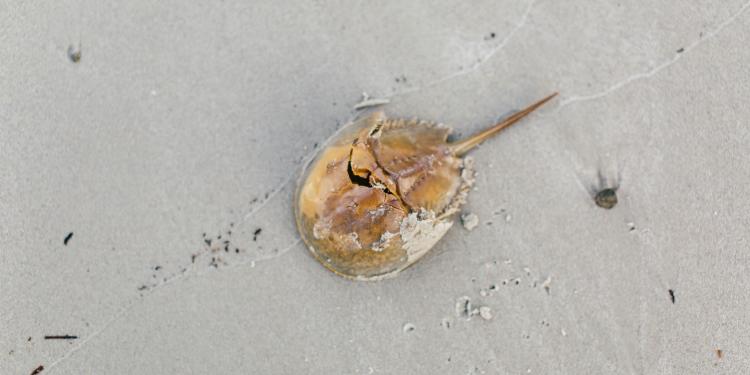 Report: Horseshoe crabs and the pharmaceutical industry - Challenges and alternatives

The Atlantic horseshoe crab (Limulus polyphemus) is increasingly impacted upon by the growing global demand for medicines and medical devices, prompting serious questions around animal welfare and sustainability.

A blood product from wild-caught horseshoe crabs is used to detect bacterial endotoxins in vaccines, injectable medicines, and medical devices in human and veterinary medicine. Reliable tests for endotoxins are essential, as these can cause serious systemic toxicity if they enter the bloodstream.

Endotoxins were previously detected using the Rabbit Pyrogen Test, until it was discovered that horseshoe crab blood could be used to assay bacterial endotoxins in vitro. The Limulus Amebocyte Lysate, or LAL, test was accepted by the US Food and Drug Administration in 1987. Testing of successful Covid-19 vaccines will almost inevitably involve the LAL test.

The move away from the Rabbit Pyrogen Test has saved thousands of rabbits, but procuring blood for LAL testing involves capturing and bleeding over 500,000 Limulus from wild populations each year, with a significant post-release mortality rate. There are debates around the horseshoe crab’s sentience and capacity to suffer, with serious concerns about how the animals are caught, transported, cleaned and restrained, which involves long periods out of the water. The blood removal process would also be painful and distressing for a sentient animal, and significant quantities of blood can be removed. There are concerns about the impact of capture and bleeding on species health and mortality, with questions about declining populations, coastal ecologies and impacts on other animals (such as shorebirds reliance on crab populations), and ultimately the sustainability of pharmaceutical supply-chains. The Atlantic horseshoe crab has been classed as 'vulnerable' by the IUCN.

Dr. Richard Gorman's research was funded by the Wellcome Trust and supported by the RSPCA Research Animals Department and the Animal Research Nexus. The resulting report examines the debate around horseshoe crabs and identifies ways to move forward with implementing the 3Rs, with the principal aim of replacing the LAL assay with a completely humane, animal-free alternative. One key contender is the recombinant factor C (rFC) assay, which has been accepted by the European Pharmacopeia (Ph. Eur.) but not yet by the US equivalent. As the report explains, regulatory approval is only the first step - large scale cultural change is also required within the sector, including recognition of the need to respect the welfare needs of, and conserve, these remarkable animals.