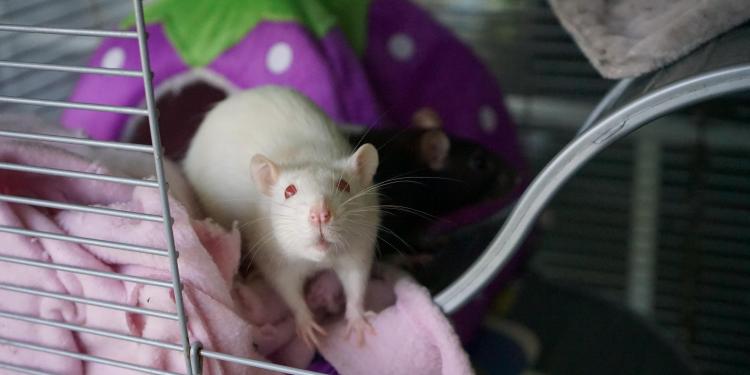 News
They are sentient beings with rich emotional lives, yet we subject them to experimental cruelty without conscience. Why?

In the late 1990s, Jaak Panksepp, the father of affective neuroscience, discovered that rats laugh. This fact had remained hidden because rats laugh in ultrasonic chirps that we can’t hear. It was only when Brian Knutson, a member of Panksepp’s lab, started to monitor their vocalisations during social play that he realised there was something that appeared unexpectedly similar to human laughter. Panksepp and his team began to systematically study this phenomenon by tickling the rats and measuring their response. They found that the rats’ vocalisations more than doubled during tickling, and that rats bonded with the ticklers, approaching them more frequently for social play. The rats were enjoying themselves. But the discovery was met with opposition from the scientific community. The world wasn’t ready for laughing rats.

That discovery was just the tip of the iceberg. We now know that rats don’t live merely in the present, but are capable of reliving memories of past experiences and mentally planning ahead the navigation route they will later follow. They reciprocally trade different kinds of goods with each other – and understand not only when they owe a favour to another rat, but also that the favour can be paid back in a different currency. When they make a wrong choice, they display something that appears very close to regret. Despite having brains that are much simpler than humans’, there are some learning tasks in which they’ll likely outperform you. Rats can be taught cognitively demanding skills, such as driving a vehicle to reach a desired goal, playing hide-and-seek with a human, and using the appropriate tool to access out-of-reach food.