The rapid closing of dolphinariums poses a threat to dolphins 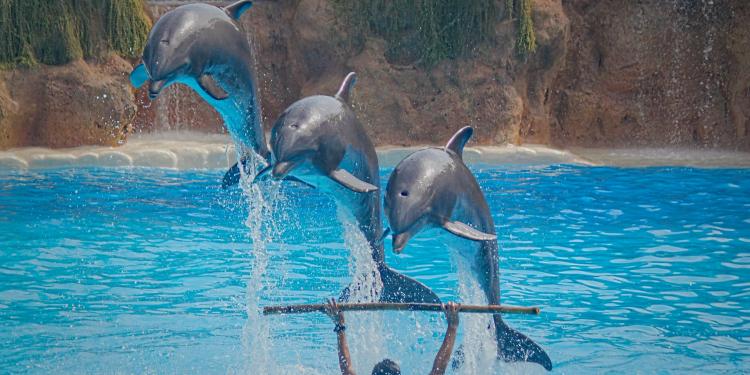 The rapid closing of dolphinariums poses a threat to dolphins

Public opinion around dolphins in dolphinariums is clearly changing. But what happens to dolphins when the parks get closed? Talks with policymakers are underway and several dolphin rehabilitation programs are getting implemented in Europe, but none are yet operational. The very complex nature of such a pilot project may be to blame.

As long as no appropriate alternative is found, the dolphins are relocated to other marine parks. Unfortunately, this causes a great deal of animal distress, and is often fatal. For example, in 2016, three dolphins were moved from Finland's Särkänniemi Zoo to Attica Zoo in Athens, where one of the animals died after a short period of time.

Dolphin attractions were also closed with immediate effect in France, Spain, and Switzerland as a result of government decisions made in response to pressure from protestors who probably just meant well.

Dolphins become ill from time to time and may not survive such abrupt changes or transportation. The animals' extreme stress and anxiety can be fatal.

Many who survive the transport are relocated to other parks in countries where public pressure is less severe. This results in ever-increasing dolphin numbers in Europe's remaining dolphinariums, causing overpopulation and additional stress for the animals.

The marine parks in China are still developing, and it is likely that the next step will be to export European animals to China.

In conclusion, before we start putting more pressure on governments to close sea parks in Europe, it is important that we get our rehabilitation projects fully operational as soon as possible.