Publication of the first report on live animal transport in Poland 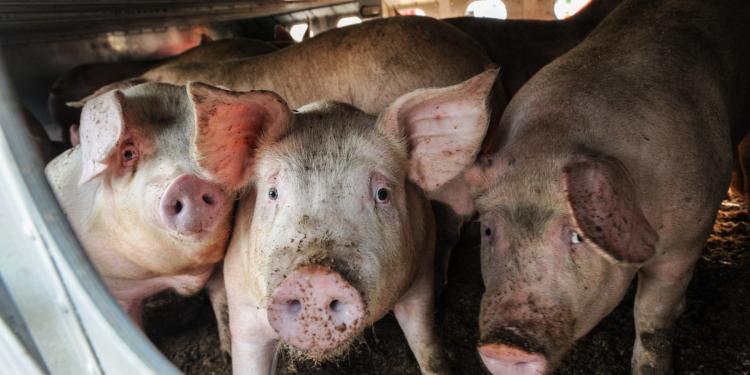 Jo-Anne McArthur / The Ghosts In Our Machine
#Act4
FarmAnimals

Publication of the first report on live animal transport in Poland

Our member organisation Otwarte Klatki has published the first Polish report on the transport of live animals for economic purposes. The report, prepared by the economist Jarosław Urbański of Zachodni Ośrodek Badań Społecznych i Ekonomicznych, details the volume of animal transport in Poland over long and short distances, as well as its structure, characteristics, directions, and animal welfare violations.

There has been a major increase in the transport of animals in Poland, which became especially apparent after the country entered the European Union in 2004. Since then, Poland’s share in the international market has grown significantly. In terms of overall number of imported and exported animals, the country became one of the most important EU Member States in the live animal trade, ranking fourth (after the Netherlands, Germany, and Belgium). Increased meat production, changes in animal farming and the lifting of certain international trade restrictions have had a significant impact.

How many animals are transported?

In 2019, 1.9 million head of cattle, 21 million pigs, 1.2 billion birds, nearly 13 million fish and hundreds of thousands of other animals intended mostly for slaughter were transported in Poland. Most of these animals are transported multiple times during their relatively short life.

Violations of animal welfare during transport

According to a Polish study, transportation caused injuries such as cuts, bruising, and dislocations in over 58% of fattening pigs and 25% of birds. Pigs were found to be transported in overcrowded conditions in nearly 32% of cases.

Moreover, an independent investigation by Road Transport Inspections in one of the Polish provinces between 2012 and 2017 found irregularities in 16% to over 30% of inspected cases, depending on the year.

Otwarte Klatki’s report has been published in response to the lack of sufficient legislative rules and the appalling conditions in which animals are transported. This follows Eurogroup for Animals publication of a White Paper calling for vastly improved legislation to be put in place when the Transport Regulation is revised.
Read more at source
Otwarte Klatki - Transport of animals for economic purposes in Poland
Live transport
Poland
Deel op FacebookDeel op TwitterDeel op PinterestDeel op Linked InDeel op Whatsapp