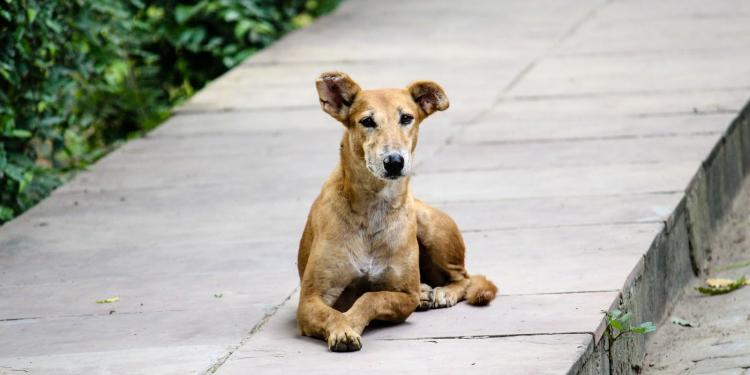 Urgent solutions are needed to encourage responsible pet ownership and solutions for stray populations as COVID-19 continues to have tragic consequences for some pets and stray animals.

Eurogroup for Animals is calling on the EU to encourage governments and municipalities to work together with animal welfare organisations to identify optimal solutions for stray population management during COVID-19, as well as to encourage responsible pet ownership so that pets are not abandoned and are adequately taken care of during lockdown.

Following the discovery of a few cases of cats and dogs infected with COVID-19, the resulting misinformation that suggests companion animals may be able to transmit the disease to humans has led to pets being treated with chemical products, forced to wear masks, abandoned or mistreated.

In some places, the situation is also being used as an excuse to intensify mass culling of strays through poisoning or shooting. Several eyewitness reports, accompanied with photos and video footage, have shown local authorities in the Bosnia cities of Lukavac, Živinice, and Orašje ordering the removal of homeless dogs using inhumane methods. Untrained individuals catching these dogs cause pain, suffering and distress. The situation is exacerbated by inadequately equipped shelters that cannot guarantee humane housing for them. So far 17 Bosnian organisations and shelters, as well as PETA Germany, have sent a letter to media and relevant federal and regional offices in Bosnia, clarifying the facts around COVID-19 and pets and calling for better treatment of stray animals.

Contrary to the misinformation that is being spread, there is no indication that companion animals can submit COVID-19 to humans. A study from China published at the beginning of April has claimed that it "found that SARS-CoV-2 replicates poorly in dogs, pigs, chickens, and ducks, but efficiently in ferrets and cats" and that "the virus transmits in cats via respiratory droplets". However, the study was described as unrealistic, as the lab studied only a small number of cats that were injected with a high dose of the virus and did not demonstrate a possible transmission to humans.

As for dogs, another study by Ottawa academic claims that, on the contrary, COVID-19 was transmitted to humans by a feral dog who had eaten bat meat. The study has already been discredited by various scientists and experts for being based on a computer analysis and, above all, baseless and incomplete. Indeed, the study, which has only one author, never actually proposes how the first dog-to-human transmission happened. Moreover, the author particularly refers to ‘feral dogs’ as being the original hosts, implying that a feral dog population that was completely isolated for several years then entered into contact with humans and transmitted the virus, which is highly improbable.

What the EU and Member States can do

World Organisation for Animal Health (OIE), the World Health Organisation (WHO) and the International Companion Animal Management Coalition (ICAM) have all confirmed that the COVID-19 is the result of a human to human transmission and that there is to date no evidence that cats and dogs can transmit the virus to humans. That means there is no excuse for any mistreatment, abandonment or culling of stray cats and dogs. There is also no grounds for halting the neutering programmes provided health and safety of staff can be ensured. The EU should reinforce these messages in its own communication with the Member States, while Member States should equally replicate it at national, regional and local levels.

Ensure the continuity of neutering programmes

Lockdown and state of emergency procedures may force NGOs and municipalities to pause the neutering programmes that make up part of their humane stray dog or cat population management. This leaves animals that would otherwise have been neutered free to reproduce, leading ultimately to devastating effects, namely the loss of previously invested resources and an increase in unwanted animals in the short-term. Regardless, in times of restricted activity, neutering programmes should be continued under the required health and safety rules, and effective surgical and non-surgical neutering methods should be explored as a matter of urgency to reduce the strain on shelters and rescue centres in the future. The EU should ensure accessibility to necessary veterinary medicines across the countries in times of crisis.

Dialogue with charities and veterinarians

To optimise resources during COVID-19, a constructive dialogue is needed between municipalities, local communities, animal welfare charities and shelter staff and veterinarians. Only a multi-stakeholder dialogue can lead to optimal and humane treatment of  stray populations. Any disease eradication plans for transmissible diseases commonly carried by cats and dogs such as rabies, listed under the Animal Health Law, should be only available for funding on the basis that they conform to the highest form of international standards possible for humane population management.

Lockdown may result in the closure of food sources for stray animals, such as restaurants, food markets or rubbish stations. In these cases, feeding programmes will be required to help care for stray animals in need during the outbreak, in addition to veterinary services. The Member States must ensure the continuity of pet food supply. There are a number of pet food producers who already offer support programmes, as well as several animal welfare charities who have put in place feeding programmes where they are most needed.