Pooches, politicians and other animals 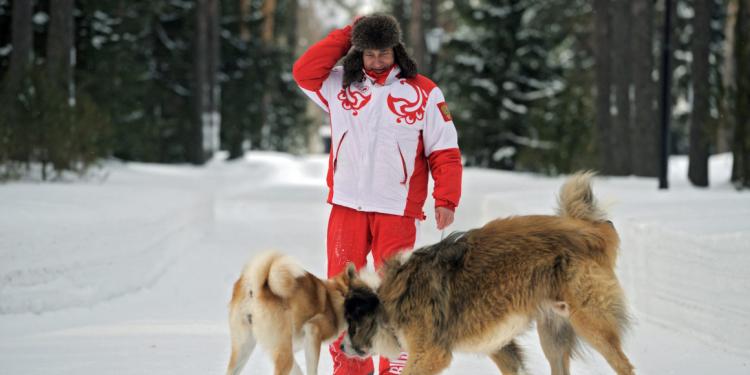 Pooches, politicians and other animals

News
Donald Trump is the first U.S. president for more than a century not to have a dogas a pet in the White House (presumably because it would out-think him). But is he missing a trick?

Two of his good friends — and many others — would no doubt think so.

Throughout history, animals have been used to win over enemies, forge alliances and, sometimes, to intimidate one’s opponents. Here are some examples of when pets scored political points.

Vladimir Putin and his dogs

For the Russian president, dogs are up there with his great loves — stealing bits of other countries and jailing political opponents.

Putin's love of dogs means a politician simply needs to give him a pooch as a gift and they'll automatically be in his good graces.

The latest example took place last week, when Serbian President Aleksandar Vučić gave Putin a Šarplaninac (or Yugoslavian shepherd) puppy named Pasha. The gift reflects Vučić's efforts to stay close to Russia, Belgrade's traditional ally, while also moving closer to the European Union. Putin has claimed that the EU is forcing Serbia to make an “artificial choice” between Moscow and the West, as well as complaining about the expansion of NATO into the Balkans. The Kremlin also rejects Kosovo's independence from Serbia, in contrast to most Western countries.

Pasha will have company in the Kremlin. In late 2017, the president of Turkmenistan, Gurbanguly Berdimuhamedow, gave the Russian leader a Central Asian shepherd puppy known as an alabai during talks in Sochi that focused on natural gas exports, and not on Turkmenistan's appalling treatment of animals.