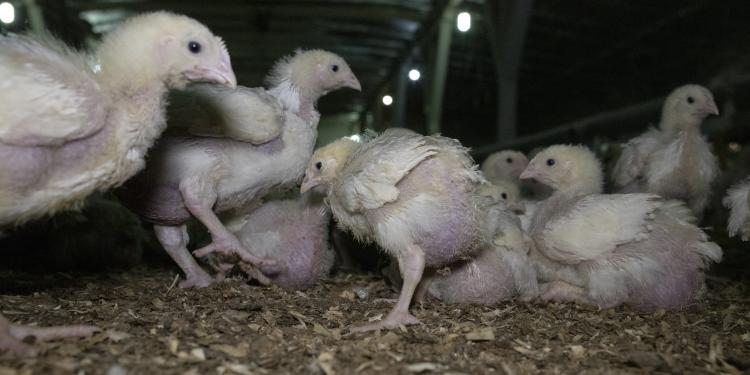 News
Anima International worked together with Greenpeace Poland to share what’s happening in the local community of Kruszyniany, where investors planned to build factory farms for broiler chickens.

The activists recently produced a touching video in which Kruszyniany residents tell the story of their beautiful village and their fight to preserve it.

The village of Kruszyniany is in the town of Krynki, which is protected by the Natura 2000 program1. This program preserves a network of core breeding and resting sites for rare and threatened species, as well as some rare natural habitats. The herds of European bison roaming around and the majestic moose wandering freely are key components of the Kruszyniany landscape. The area is also inhabited by black grouse, a bird species under strict protection in Poland because of their high risk of extinction.

The residents of Kruszyniany are afraid that incoming broiler chicken factory farms will have significant economic and environmental consequences. Many of them live off agritourism and extensive agriculture, which would be displaced by huge industrial farms. Another of the residents’ concerns is the drastic decrease in the value of their property that would follow such development. Further consequences include odorous emissions, plagues of flies, rodents, and pollution of the water and soil. If the farms come to Kruszyniany, within one year there would be almost one million broiler chickens in the village. “They say there have always been chickens in the countryside,” says ethnographer Kaja Kojder. “But there have never been this many chickens in the countryside.”