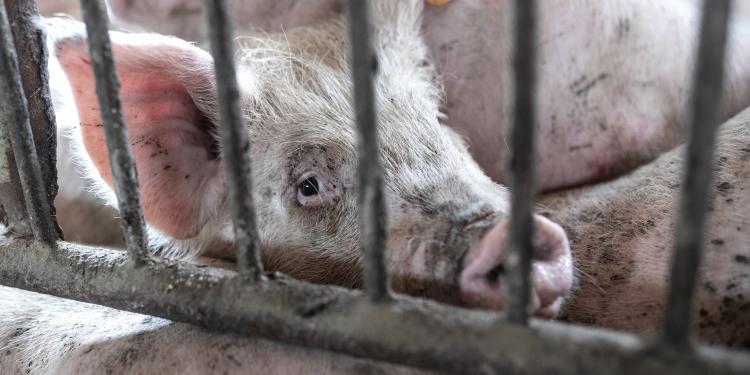 The footage Essere Animali has filmed in two farms in Northern Italy shows the terrible mistreatment of animals and poor sanitary conditions, with possible consequences also for human health.

The first part of the footage shows images filmed by one of the investigators hired to work for two months in a large pig farm in the province of Reggio Emilia. Wearing a hidden camera, he was able to document the violence that the workers of the farm inflicted on the animals, such as the practice of extracting the teeth of the pigs with pliers, without using anesthesia or analgesia.

The second part shows images of an investigation in another pig farm in the province of Pavia. Alerted by some citizens who reported nauseating odors, Essere Animali documented a caisson full of rotting corpses, abandoned outside the building complex. This operation is illegal. Essere Animali suspects that it is presumably carried out to save disposal costs. Abandoning the carcasses in the open air can cause environmental damage, compromise air quality, pollute the aquifers, and trigger zoonoses, with obvious danger to public health.

Essere Animali has submitted the footage with a filed complaint to the competent authorities and will release the full material in the coming weeks.