Organic Action Plan: what it could mean for animal welfare 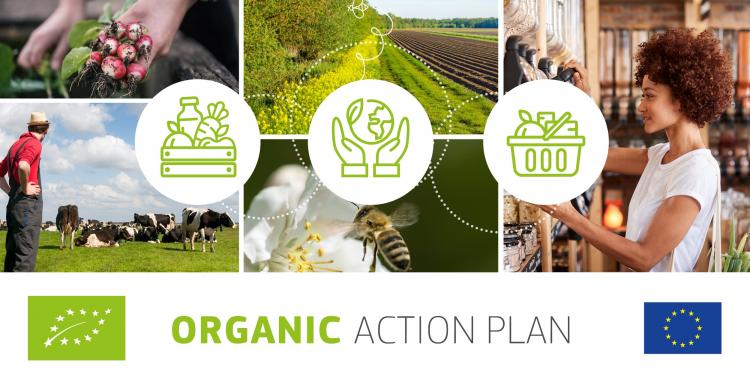 Organic Action Plan: what it could mean for animal welfare

News
Eurogroup for Animals welcomes the European Organic Action Plan 2021-2027 released today by the European Commission. The publication of the Organic Action plan follows the objectives set out in the Farm to Fork Strategy and the Biodiversity Strategy of “at least 25% of the EU’s agricultural land under organic farming and a significant increase in organic aquaculture by 2030.”

Reineke Hameleers, CEO of Eurogroup for Animals, stated that

reflecting the ambitions of the Farm to Fork strategy, organic farming should lead the way towards the EUs state of the art sustainable and humane food production model. While the language in the Organic Action Plan is still vague, we welcome the Commission's commitment to improving animal welfare including farmed fish. We are looking forward to working with the Commission to ensure organic farming will embrace the highest possible animal welfare standards.

Eurogroup for Animals recommend the European Commission to: