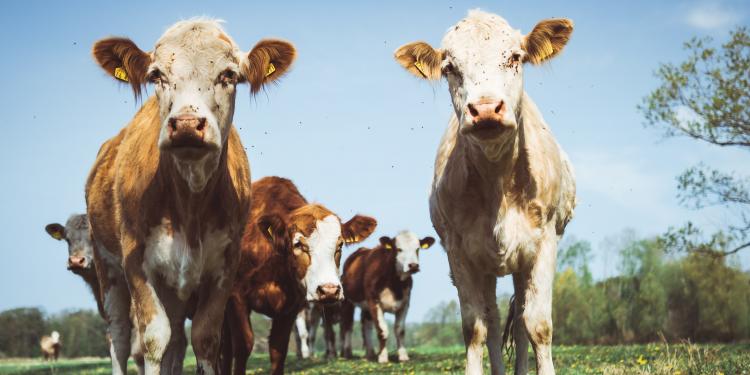 If anything is going to change in farm animal welfare in the EU, it needs to happen now. Don’t miss the opportunity to give your opinion as an organisation or a private citizen to the European Commission on the future of food and agriculture.

The European Commission’s Farm-to-Fork Strategy, part of the European Green Deal, is under public consultation until 16 March - so now is the moment to make sure this strategy will help open the way for a shift towards higher welfare farming practices that respond to society's expectations for the lives of farmed animals. As an organisation or private citizen, you can submit your feedback by clicking this link (deadline 16 March).

Eurogroup for Animals has long been advocating for a profound rethinking of the EU farming paradigm that can address the severe welfare challenges for farmed animals caused by the intensification of the sector. Intensive industrial systems are not only inadequate to give farmed animals lives worth living, but they also have devastating effects on the environment, causing water and ground pollution, deforestation, and an increase in greenhouse gas emissions.

Now, through the implementation of the EU Green Deal and the Farm-to-Fork strategy, the Commission has the opportunity to implement the synergies between climate neutrality and farm animal welfare. Animal welfare is intrinsically related to environmentally friendly livestock systems, and belongs at the core of a future EU food policy whilst delivering on the United Nations’ Sustainable Development Goals. Most of the targets set out in these goals cannot be achieved if the welfare of animals is not improved.

Eurogroup for Animals wants to see the Farm-to-Fork strategy, which will be adopted later in the spring, include clear actions that promote and support higher welfare and sustainable livestock farming systems. We want it to promote higher animal welfare by accelerating the phase-out of cages. We want a drastic reduction in the use of veterinary antibiotics in the livestock sector. We want the Farm-to-Fork strategy to support climate-smart transportation by eliminating the long-distance transport of live animals, and favour the intra-and extra-EU trade of meat and carcasses.

We want the Farm-to-Fork strategy to help producers shift to sustainable systems, and supply commitments for sourcing animal-based products coming from animals raised and slaughtered under higher welfare standards.

We also want the strategy to develop systems, such as method-of-production labelling underpinned by robust animal welfare indicators, that can help consumers to make informed choices about the fish, meat and other animal products they buy. Ultimately, the Farm to Fork strategy should  promote healthier diets by stimulating a reduction of animal source food consumption by 50% by 2050, and to prioritise algaes and bivalves in any policy about the consumption of seafood.

The Farm-to-Fork strategy should enable the EU to promote sustainable food production at global level via trade policy. In future trade agreements, any further trade preferences should only be granted for animal-based products upon the condition that they respect all EU relevant animal welfare standards, including standards currently not applied to imported products.