Norwegian aquaculture products find their way into the Chinese market 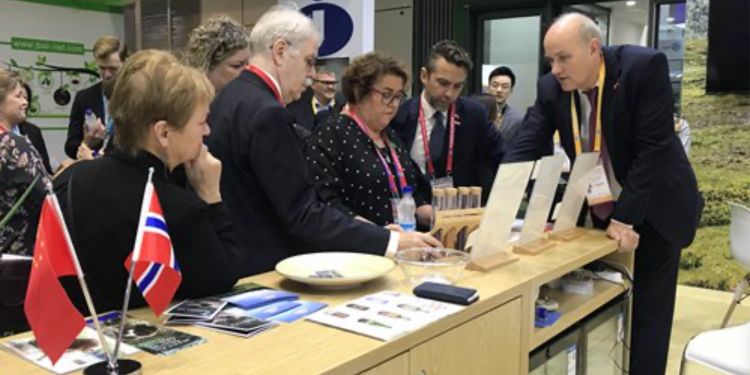 Courtesy of the Consulate General of Norway in Shanghai

Norwegian aquaculture products find their way into the Chinese market

News
Entering the large Chinese market is an opportunity that Norwegian firms do not want to miss out on, particularly with the nation's consumption upgrades, Norwegian officials and business representatives told the Global Times.
Leading a delegation of about 30 companies to participate in the second China International Import Expo (CIIE), Norwegian Minister of Agriculture and Food Olaug Vervik Bollestad said on Tuesday, expressing the hope that China and Norway can maintain robust trade and economic relations in the future.

The Norwegian Seafood Council (NSC) revealed last week that China has become the fastest-growing market for Norwegian seafood this year. Statistics from the NSC showed that Norway's salmon exports to China have hit almost 20,000 tons to date, up 90 percent from last year. As of the end of the third quarter, Norwegian seafood exports to China totaled nearly 112,000 tons, an increase of 14 percent year-on-year, official data showed.

Norwegian exporters of other foods and agricultural products also see great opportunities in the Chinese market.

TINE SA, Norway's largest producer, distributer and exporter of dairy products, was one of the first to come to the CIIE. Although TINE is a renowned brand in the Nordic country, the company's dairy products have never featured on Chinese consumers' tables before. The company has spoken with different firms and hopes to find potential Chinese partners through the CIIE.
Read more at source
Global Times
Aquaculture
Fish
China
Deel op FacebookDeel op TwitterDeel op PinterestDeel op Linked InDeel op Whatsapp