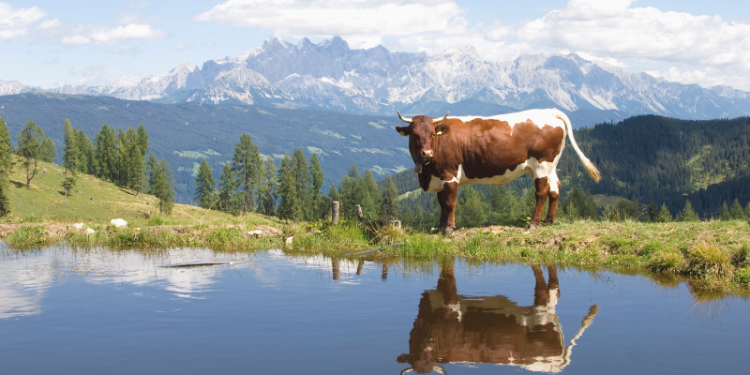 The EU’s initiative on the application of EU standards to imported agricultural products has received widespread support from animal welfare organisations around the world. If enacted, the measures would ensure that European consumption does not fuel unsustainable production beyond its borders and, with local support, it could also lead to improved animal welfare abroad.

In February 2022, the European Commission launched a call for evidence on the ‘Application of EU health and environmental standards to imported agriculture and agri-food products’. This followed a request from the European Parliament and the Council in June 2021 for a report assessing the rationale and legal feasibility of the measure.

Eurogroup for Animals believes that it would be both feasible and desirable to impose more animal welfare rules on imports: it would ensure that European consumption does not fuel inhumane and unsustainable models of production beyond its borders, and reaffirm the EU’s role as a global leader in animal protection. More detail on our position is available in our briefing Bye Bye Cages.

The initiative received responses from 159 NGOs, business groups and private citizens located around the world, and of these, many voiced support for the proposal. For instance, Mercy For Animals, based in the United States, noted the large quantities of lower welfare products that enter the EU from the US (740 tonnes of pork products and 3,606 tonnes of egg products in 2020). They also pointed out that US public opinion supports welfare improvements: a 2014 national survey found that 95% of participants were “very concerned” about farm animal welfare. Some US states have already begun to require that products sold within the state be produced in accordance with certain standards, even if they were produced in other states (e.g. Proposition 12 in California).

The World Federation for Animals also voiced support for the initiative. Based in the US, the organisation favoured the proposal on the basis that animal welfare is a global public moral concern (as evidenced by the recent resolution on animal welfare adopted by the United Nations Environmental Assembly) with a strong scientific basis and a wealth of research on the effects of standards on animals and consumers. They also emphasised the links between inhumane production methods and zoonoses, habitat destruction and pollution.

The proposal was also supported by World Animal Protection Thailand, who noted Thailand’s long standing trade relationship with the EU on meat products  (the EU imported 64,680 tonnes of chicken products from Thailand in 2020) and the fact that many companies in Thailand pride themselves on complying with EU standards. They added that the proposal could help to reduce antibiotic use in Thai meat production: the country suffers from high human mortality from antimicrobial resistance and 91% of Thai consumers think antibiotics on farms should be restricted.

A coalition of animal protection NGOs based in Brazil also voiced their support, including Alianima, Animal Equality, Fórum Nacional de Proteção e Defesa Animal, Mercy For Animals, Sinergia Animal and World Animal Protection. Notably, Brazil exported 142,424 tonnes of chicken-related products to the EU in 2020. In their joint statement, the coalition justified the EU’s proposal based on scientific evidence, and they paid particular attention to the processes in the livestock production chain that have resulted in severe environmental degradation in Brazil. They also added that the proposal would meet the demands of the Brazilian population, 9 out of 10 of whom are concerned about animal suffering on industrial farms.

The proposal also received support from the Federation of Indian Animal Protection Organisations. In 2019-20, India exported US$6.68 billion worth of seafood. The EU was the third largest destination for this with a share of 13.8%, primarily importing frozen shrimp. FIAPO welcomed the EU’s proposal, citing the serious inadequacies with the aquaculture industry in India, where there are no policies on the welfare of farmed fish and shrimps, and also concerns about the overuse of antibiotics.

Notably, the EU’s proposal also had industry support, including from the European Council of Young Farmers, which described “the need to establish higher global standards for environmental protection and climate action”. Similarly, the European Milk Board said the proposal would play a key role in preventing the externalisation of polluting methods and reducing environmentally harmful consumption in the EU.

From this, it is clear that there is strong support for the application of EU animal welfare standards to imported agricultural products around the world and across a range of sectors. At the heart of many of the responses is a shared belief that the time has come for the EU to reshape its food trade policy in the context of the European Green Deal, the Farm to Fork Strategy and the Trade Policy Review.

As increased attention is now being paid to the way in which health, environmental and social considerations are being addressed in EU trade policy, it is important to add that, beyond the initiative proposed, the EU should continue to pursue actions at the bilateral and multilateral levels, including ambitious sustainability chapters in trade agreements, enhanced cooperation with third countries, and the promotion of international standards in relevant international bodies.