No more veggie burgers? European Parliament to vote on terminology for plant-based meat and dairy substitutes 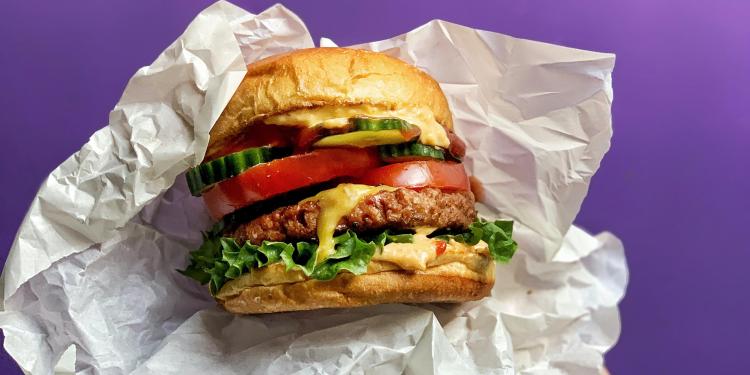 No more veggie burgers? European Parliament to vote on terminology for plant-based meat and dairy substitutes

News
Today, Eurogroup for Animals and 12 other NGOs sent a letter to the Members of the European Parliament urging them to vote against a ban on the use of ‘meatish’ and ‘dairyish’ names for plant-based products on 20 October. This ban would contradict the ambitions of the Green Deal, which promotes the uptake of more sustainable food and would further also interfere with consumers’ demand for plant-based products.

In the second plenary session in October, the European Parliament will vote on the regulation establishing a Common Organisation of the Markets (CMOs) in agricultural products (2018/0218 COD). This regulation is one of the three regulations composing the Common Agricultural Policy.

As it presently stands, this text proposed by the Committee on Agriculture and Rural Development (AGRI) includes two alarming amendments:

In an open letter to the Members of the European Parliament, Eurogroup for Animals expressed its concern over these amendments, and urged Members to oppose these two amendments. In the letter, Eurogroup for Animals explains why the measures contained in these two amendments contradicting the EU’s objective, as laid out in the European Green Deal measures to create a more sustainable and healthy food system. Encouraging the broader uptake of plant-based diets is instrumental in achieving the European Commission’s climate neutrality objectives, and prevent a decline in global biodiversity.

Countless studies have evidenced that industrial animal agriculture is a major contributor to climate change, environmental degradation, public health risks, biodiversity loss, and poor animal welfare. In the Farm to Fork Strategy, the Commission explicitly acknowledges the need to shift dietary habits. The Commission further points to the necessity to increase the intake of plant-based foods and reduce red and processed meat consumption levels  to reduce the risk of life-threatening diseases and decrease the environmental footprint of the food system. In 2018, the Commission’s Plant Protein Report already noted that the market for meat and dairy alternatives was particularly promising in the EU, with annual growth rates of 14% and 11%, respectively.

This possible ban is also inconsistent with consumers’ purchasing habits and perceptions. For many years already, European consumers have been accustomed to seeing and buying plant-based products displaying terms such as ‘veggie burger’ or ‘plant-based steak’. Prohibiting the use of such well-recognised terms not only is unnecessary, but it would also lead to preventing them from making informed purchasing choices.

Indeed, a recent survey by the European Consumer Organisation (BEUC) demonstrates that EU consumers are overwhelmingly favour of the use of meat-related terms for plant-based foods. The report shows that more than 68% of consumers support 'meaty' names for plant-based food products, as long as the products are clearly labelled as plant-based or vegetarian. Furthermore, petitions against the proposed restrictions have already garnered thousands of signatures.

It is now in the hands of the Members of the European Parliament to vote against such a  ban and to  improve information to consumers. For example, by requiring the use of qualifiers for non-meat products, such as "plant-based" or "vegetarian", while reserving the terms with no qualifiers for meat products. This would mean that "sausages" would be made from meat, and  "plant-based sausages" would be made of plant-based ingredients. If high quality consumers information is the goal, the use of qualifiers along with meat and dairy denominations is the way to go.