No deals at the expense of pigs 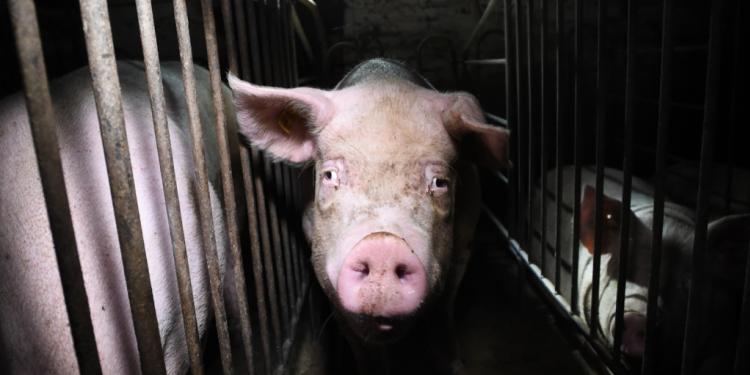 No deals at the expense of pigs

The Federal Council of Germany postponed their vote about the future of gestation crates for the second time on 5th of June 2020.

The German federal states were asked to vote on a motion that includes a provision limiting the fixation time in the crates to a few days.The transition period for building new sow stalls or rebuilding the old ones according to the new requirements would have been 8 years. As of now the too narrow gestation crates are legal and widely in use.

The motion still represents a violation of the verdict of 2016, ruled by the German Administrative Federal Court. According to the motion, sows still wouldn’t be able to stretch their limbs, because sows in neighbouring crates weren’t supposed to represent a hindrance, as proposed by the verdict.

If the motion had passed it would have meant a clear violation of the national objective animal welfare, the Protection of Animals Act and therefore the German constitution: According to agricultural minister Julia Klöckner’s original plans, farmers would have been allowed to keep their pigs in too narrow gestation crates for the next 15 years, even though these crates are contrary to animal welfare and constitute a breach of the German animal welfare livestock farming regulation. One passage in the regulation states clearly that pigs should be able to stretch their limbs unimpededly in lateral position.

To “fix” this problem the government decided to withdraw this passage altogether to legalize the unconstitutional gestation crates.

The German Administrative Federal Court ruled in 2016 that gestation crates are in breach of existing animal welfare legislations – and have been since 1992. Nevertheless they are in use throughout Germany, where pigs sows continue to suffer in them for large parts of their lives.

Fortunately many animal welfare organisations, and in particular the Deutscher Tierschutzbund have criticised this procedure and more and more politicians agree.

Members of the Federal Council criticised this procedure and Klöckner`s plan in January 2020 and requested new regulations on gestation crates. The first vote on a compromise was postponed in February 2020 and now the second time as well. None of the “compromises” provided by the Federal Council are complying with the verdict of 2016 and are therefore an attack on the German constitution, which includes animal welfare as one of its national objectives. Should the too narrow gestation crates be declared legal, the Animal Welfare Federation has already announced to sue Julia Klöckner.