No Animal Left Behind: Why no animal should be kept in a cage 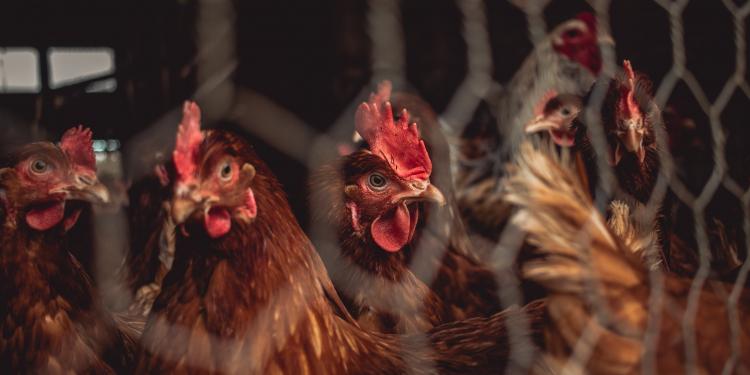 No Animal Left Behind: Why no animal should be kept in a cage

News
Today, we release our second demand of what we want to see in the revision of the animal welfare legislation: A good environment. No animal should be physically restricted, without natural light or fresh air, too hot or too cold, or living in filth. They deserve to move freely and safely and to rest in comfort. When animals have control over how and where they spend their time – building nests or sunbathing, exploring or snoozing, choosing their companion for the day, having shelter and shade from the elements – their wellbeing increases. Feeling safe from harm, and interested in life, and able to swim or run like the wind should be the least we offer them.

The EU recognizes that animals are sentient beings. However, over 300 million farm animals, including hens, quail, rabbits, sows and ducks, are being confined in cages on EU farms each year. It severely limits their ability to meet essential behavioural, physical and psychological needs:

Despite the EU banning barren cages for laying hens, billions of hens are still kept in tiny cages where they cannot move freely or perform natural behaviours. In these so-called enriched cages, there is not enough litter on the ground for them to dust bathe in, which is a natural and important behaviour for hens. Their nesting area is limited and consists of plastic sheets to give them some privacy, whereas naturally, hens would take themselves off, away from others to lay their eggs in peace. Despite the name, enriched cages are grossly inadequate and do not offer hens the environment they need.

Instead, hens should be reared in cage-free systems with access to outdoors that allow them to move freely from indoors to outdoors. Their outdoor space should have plenty of cover, as hens like to forage under trees. In good cage-free systems with access to outdoors, hens have multiple perches where they can fulfil their roosting behaviours, and escape unwanted attention from others. They also allow hens to nest properly, giving them the privacy and nesting materials they desire.

In intensive systems, rabbits who are farmed for meat or fur are crammed into tiny cages with no room to move. Each rabbit has less than the area of an A4 piece of paper. They cannot stretch out, stand with their ears erect, dig, or hop about as they were born to do. The floor is often made of bare wire which can cause sores on the rabbit’s footpads and hocks, leading to chronic pain and infections.  Some rabbits are housed in pairs or groups, but the close proximity and the inability to move away from one another often leads to high levels of aggression and stress.

This lifetime confinement in severely restricted and unsuitable housing is cruel and unnecessary. Rabbits can be reared in higher welfare systems, giving them space to hop, dig, jump and socialise properly. These systems may be free-range extensive systems or open indoor pens where the rabbits stay in stable groups and are given enrichment to relieve boredom and encourage natural behaviours.

As part of the European Citizens’ Initiative (ECI) “End The Cage Age”, 1.4 million citizens across Europe have called on the EU to put an end to the use of cages in animal farming and were most recently also joined by over 140 scientists and leading food companies.