No Animal Left Behind: Why every animal deserves protection and care 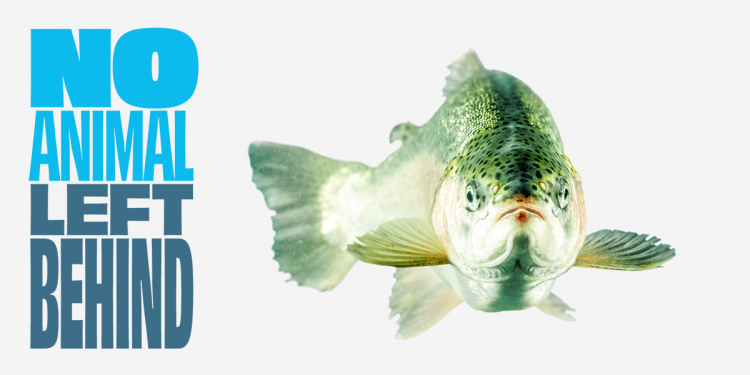 No Animal Left Behind: Why every animal deserves protection and care

News
Today, we are releasing our last demand as part of our campaign “No Animal Left Behind” focusing on the billions of animals left unprotected by our current EU legislation: Fish, turkeys, dairy and beef cattle, sheep and goats, ducks and geese, quails and farmed rabbits… the list seems endless. The review of our animal welfare laws is long overdue, and we need to make sure that this time, no animal is left behind in the process.

Europe’s animal welfare laws were introduced piece by piece over the last 40 years, but they are rarely enforced correctly, and there are serious gaps that leave billions of animals unprotected. In the context of our campaign “No Animal Left Behind”, we are calling on the European Commission to make sure a full-scale review of the legislation takes place, that our demands for the best possible welfare standards are heard, and that no animal is left behind.

In the EU, over 90% of turkeys are reared in overcrowded, intensive, indoor farms that cause numerous welfare issues. When these birds are packed together in large numbers with no enrichment, they quickly become stressed and bored. As a result, they start to feather peck, pulling out feathers on each other, which quickly leads to cannibalism. Farmers try to stop this by keeping the turkeys in low light, and by trimming their beaks. The pain from beak trimming causes further suffering and is performed without anaesthesia. The continuous low light also causes eye problems, such as blindness. Turkeys are also bred to grow very fast, and they do so at a rate that causes high incidences of lameness and heart failure. Turkeys do not need to be farmed like this.

Over a billion fish are being farmed in the EU at any one time. These are undomesticated animals being raised in often intensive systems without a basic understanding of their needs, and commonly without implementing the best practices and knowledge generated especially in the last decade. Aquaculture production systems are typically barren environments and always involve a range of stressful and harmful practices including crowding and handling. There is little transparency on the welfare outcomes, but in the few cases where mortalities are reported we see mortality rates of 15% to 20%. The humane slaughter equipment developed for the sector has been adopted by only a few sectors and producers, and typically farmed fish today are being asphyxiated slowly to death. Aquatic invertebrates including decapod crustaceans are also finding themselves without protection, notably in terms of their live transport and slaughter.

You can add your voice here to help us reach enough supporters to be heard by the European Commission.