No Animal Left Behind: How 2021 could be the year we change the future for farmed animals 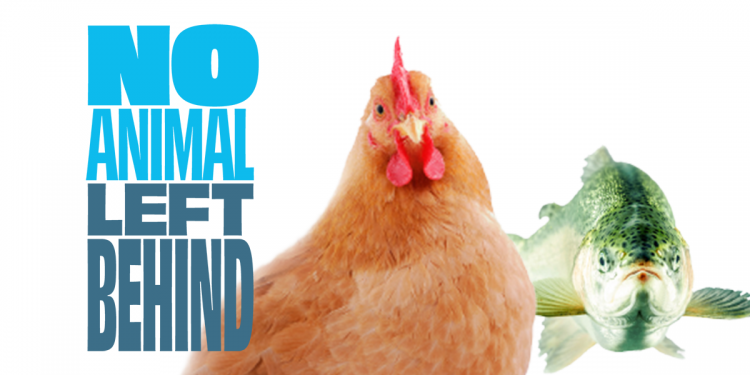 No Animal Left Behind: How 2021 could be the year we change the future for farmed animals

News
The countdown is officially on: With the European Commission currently reviewing the animal welfare legislation, Eurogroup for Animals, together with its 70 members across Europe, is today launching its campaign for farmed animals. With 7 key demands, the campaign will shed light on the failures and poor enforcement of the current animal welfare legislation and call on the European Commission to commit to revising the entire legislation, leaving no animal behind.

2021 offers a very important window of opportunity for animal welfare in the EU: In the context of the Farm to Fork Strategy, a policy initiative by the European Commission with the overarching aim of making European food systems fair, healthy and environmentally-friendly, the European Commission is currently assessing the animal welfare legislation to evaluate whether it is fit for purpose. A review like this is not only rare and long-overdue, but is in fact also the first of its kind for animal welfare legislation.

Europe’s animal welfare laws were introduced over the last 40 years, but as countless investigations by Eurogroup for Animals’ members have shown over and over again, they are not protecting billions of animals. Hungry, malnourished or thirsty animals, physically restricted and confined, without natural light or fresh air, too hot or too cold, living in preventable pain every day. The list of legal violations of animal welfare seems endless and cruel.

There are also serious gaps which leave millions of terrestrial farmed animals and billions of farmed fish unprotected as there is no specific animal welfare legislation for a long list of them: dairy and beef cattle beyond six months old, farmed and wild-caught fish, sheep and goats, the parent birds of broiler chickens and laying hens, pullets, turkeys, ducks and geese, quails, and farmed rabbits.

Further to that, each year, millions of chickens, sheep, goats, horses, pigs and bovines are transported alive within the EU and to third countries. Journeys can last several days or even weeks, exposing animals to exhaustion, dehydration, injury, disease and even death. Investigations carried out by Eurogroup for Animals’ members have repeatedly uncovered serious breaches of the EU Transport Regulation. Most recently, two vessels left Spain back in December 2020 and after three months most of the animals are still onboard or slowly being unloaded to be killed, as no longer considered fit for transport.

Together with our 70 members, Eurogroup for Animals joins forces with citizens across Europe to call on the European Commission to make sure that an ambitious full-scale review takes place, that the campaign’s demands for the best possible welfare standards are heard, and that no animal is left behind in this process.

In this citizens driven campaign, we will release 7 key demands to showcase the serious failures and poor enforcement of the legislation and to underline that farmed animal welfare laws must do more than protect every animal from neglect and cruelty, and minimise their suffering. They should also actively promote a positive state of health and wellbeing.

“Our current animal welfare laws massively fail to protect animals, as a result billions of farmed animals across Europe suffer every day. It is due time for the European Commission to act and commit to an ambitious review of its animal welfare legislation, making sure that no animal is left behind.”

This campaign comes at a crucial time, citizens’ calls to act on animal welfare, climate and health crisis have become louder and louder. Most recently, as part of the European Citizens’ Initiative (ECI) “End The Cage Age”, 1.4 million citizens across Europe have called on the EU to put an end on the use of cages in animal farming.

Visit and support our campaign at NoAnimalLeftBehind.eu.