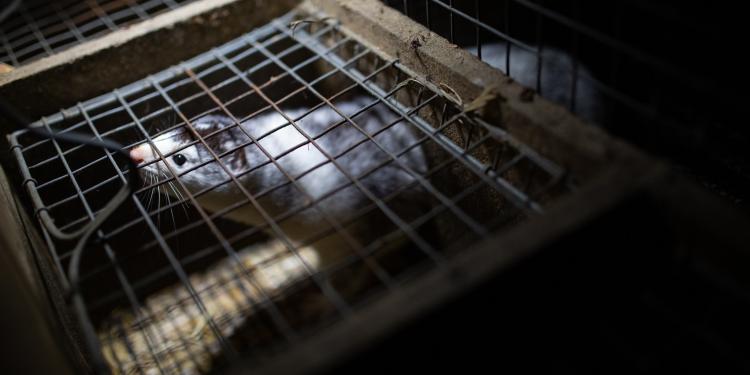 Our member Djurens Rätt, together with about 40 other organisations, sent a combined plea to the Swedish government and parliament on June 23, calling for a decommissioning plan for mink farms in Sweden. The government imposed a temporary breeding ban in 2021 after SARS-CoV-2 was transmitted on the majority of Sweden's mink farms in the autumn of 2020.

In January of this year, the Swedish government stated that breeding minks would be prohibited during 2021. The decision came after nearly a year of warning reports regarding the development of Covid-19 among minks on Swedish fur farms.

Djurens Rätt, along with 44 other organisations, has written a joint appeal to the Swedish government and parliament, addressed to the Rural Affairs Minister Jennie Nilsson, calling for the permanent closure of mink farms. This is due to the significant dangers of infection propagation on densely populated mink fur facilities.

Moreover, the Veterinary Institute in Sweden has recently released a report on infectious disease surveillance in animals and humans during 2020, the results of which being disastrous when it comes to mink farms. They found:

Sweden has enough evidence to phase out this unethical industry. It is time to ban farming of minks in the country and to make sure that the current ban on breeding becomes permanent