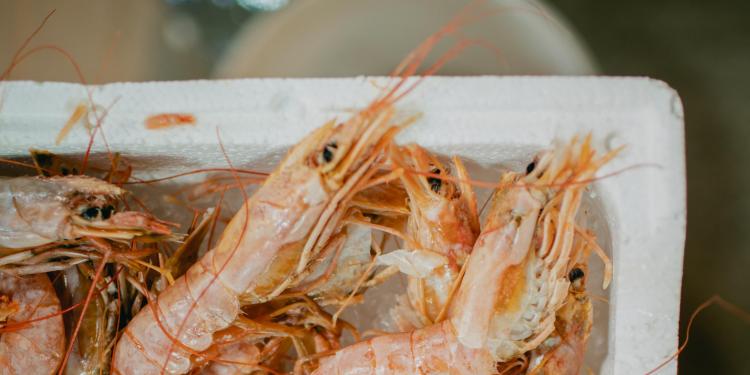 Zacarias’ work focuses on a key animal welfare issue: the standard shrimp hatchery practice of unilateral eyestalk ablation to achieve higher egg production. Ablation has not only caught the attention of animal welfare advocates who are concerned about animal cruelty, but Zacarias notes that ablation of broodstock produces offspring that are more vulnerable to disease.

That’s crucial, given that perhaps the biggest challenge confronting the shrimp industry the past two decades has been disease. Based on evidence from his research in shrimp hatcheries in Honduras and Thailand, the University of Stirling researcher proved in laboratory testing that postlarvae and juveniles from non-ablated Pacific white shrimp broodstock showed higher survival rates when they were challenged with Acute Hepatopancreatic Necrosis Disease (AHPND, also known as Early Mortality Syndrome, or EMS) and White Spot Virus Disease (WSSV).

Moreover, Zacarias believes that by providing high quality, nutritious feed to broodstock in their pre-maturation stage, shrimp farmers can achieve a similar egg production rate without resorting to eyestalk ablation.

“A dry and fresh feed composed of squid and polychaete stimulates broodstock to mature faster, leading to improved results in the breeding tanks,” he said. “Altering broodstock’s exposure to light, coupled with the high-quality feed, can enhance those results.”

Another means to achieving the same egg production rate is managing the sex ratio in breeding tanks and increasing the ratio of male-to-female shrimp from 1:1 to 1:2.

“We proved in my research that if you manage the sex ratio you’ll have similar productivity to that achieved with eyestalk ablation,” he noted. While this requires hatcheries to double the number of female shrimp in their breeding tanks, it would not necessarily double their costs, because eyestalk ablated females have a high mortality rate.

“If you don’t ablate you have a lower mortality rate of broodstock. We’re hoping to do an analysis in Thailand by the end of the year that will deliver the full economic impact of using non-ablated animals,” he said. “But from anecdotal information shared by hatchery managers I’ve learned that over time, with the next generation of non-ablated broodstock, you don’t need to increase that breeding ratio to achieve the same results. The shrimp will reproduce naturally when given a high-quality supplemental feed.”

Zacarias’ work is driven by the demand for better animal welfare practices in shrimp hatcheries.