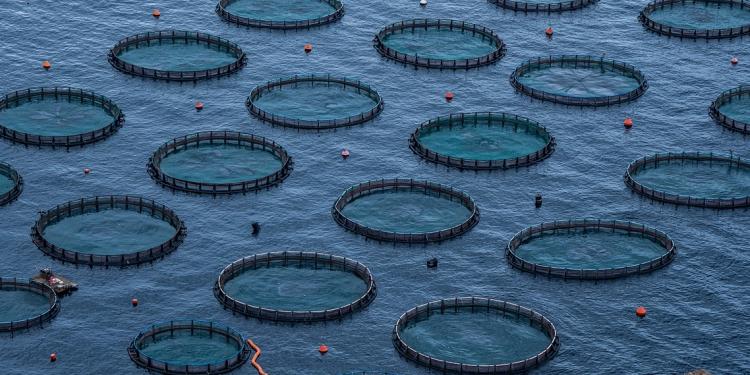 Press Release
In the midst of national elections in Chile, Eurogroup for Animals and Vegetarianos Hoy launched a report calling on the EU and Chile to better address animal welfare in their modernised trade agreement. The conclusion of the first EU-Chile agreement, back in 2002, was followed by increased intensification in the Chilean livestock and aquaculture sectors. The new text must do better and contribute to a transition towards sustainable food systems, in which the animals’ wellbeing is promoted and respected.

The first round of the Chilean presidential and parliamentary elections just occured last weekend. In the run up to these elections, the debate around the finalisation and ratification of the modernised EU-Chile association agreement increased in the EU. The two leading candidates that will run against each other in the second electoral round (19/12) have not expressed clear opposition to concluding such an agreement with the EU.

In 2002, when the EU and Chile concluded their first trade agreement, they added, for the first time ever, provisions on animal welfare cooperation. Even if this cooperation was only based on animal welfare standards established by the World Organisation for Animal health (OIE), the inclusion of these provisions contributed to fast-forwarding the adoption by the Chilean government of a national law on the protection of animals in 2009.

As negotiations are ending, Eurogroup for Animals and the Chilean based organisation Vegetarianos Hoy reiterate their call on both partners to seize the opportunity offered by the modernisation of the EU-Chile agreement to guarantee that EU-Chile trade does not have a detrimental impact on animals, and that the new trade deal contributes to a transition towards sustainable food systems that would benefit animals, people and the environment.

The timing has never been better for the EU to engage with Chile on this topic: the Chilean Parliament is currently debating two pieces of legislation about the legal status of animals and cage-free egg production.

There is also urgency to act. Since the entry into force of the 2002 trade agreement, the livestock industry in Chile has grown and intensified significantly. Exports of Chilean salmon, chicken and pig meat to the EU have increased as well, and, as the 2002 agreement did not condition trade preferences with the respect of any animal welfare-related conditions, this trade between the EU and Chile has indirectly contributed to the spread of this more intensive model of livestock farming - which is not only detrimental to animal welfare, but also fuel global challenges such as the spread of zoonoses, the surge of antimicrobial resistance, biodiversity loss, deforestation and climate change.

This phenomenon could even worsen as Chilean producers indicated more market access would provide them with more incentives to develop their exports to the EU. If the modernised EU-Chile trade agreement were to provide such significant market access to Chilean animal products, it should also condition this preferential access to the respect of EU-equivalent or higher animal welfare standards. Moreover, the modernised deal must include ambitious provisions on animal welfare cooperation, with a recognition of animal sentience and cooperations aiming at regulatory alignment with EU rules.

The first EU-Chile agreement was a turning point for animal welfare in trade policy. Yet, the intensification of livestock farming and aquaculture that followed shows that stronger tools are needed to ensure trade policy does not negatively impact animals. The EU must use the modernisation process around the EU-Chile agreement  to condition the granting of further market access on the respect of EU-equivalent animal welfare standards. By doing so the EU would not only contribute to improving the welfare of animals, but also incentivise farmers and producers to switch to more sustainable and humane methods of production.
Reineke Hameleers, CEO, Eurogroup for Animals

All eyes are on the EU to reconcile the objectives of the Green Deal, and, as foreseen in the Farm-to-Fork strategy, use its trade policy to “obtain ambitious commitments from third countries in key areas such as animal welfare”.