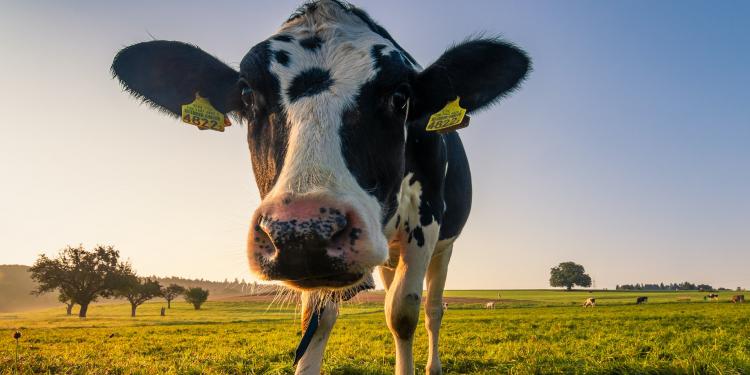 News
The third report from the Intergovernmental Panel on Climate Change (IPCC), launched on 4 April, covers the mitigation pathways that can reduce greenhouse gas emissions. It follows upon the previous report launched earlier this year that detailed the catastrophic consequences of climate change and concluded that the brief window to secure a liveable future is rapidly closing.

António Guterres, Secretary-General of the United Nations, warned during the press conference that the world is on a fast track to climate disaster. He called for rapid progress to shift to renewable energy, end the funding of coal, protect forests and ecosystems and reduce methane emissions.

The report warns that methane emissions continue to increase, the main source being enteric fermentation from ruminant animals. In addition to its contribution to global warming, diets heavy in animal protein also contribute to land being used inefficiently. Arable land is used to grow crops for animal feed, with negative impacts on ecosystems and biodiversity.

Conversely, a shift to plant-based diets has significant mitigation potential according to the IPCC. More plant-based diets, with only a moderate intake of animal-source food, can lead to substantial decreases in greenhouse gas emissions. IPCC notes that a dietary shift comes with co-benefits for animal welfare but also reduced land use for feed production, less nutrient run-off as well as health benefits, reduced mortality from diet-related diseases and lowered risk of zoonotic disease and antibiotic use.

The IPCC recognises that cellular agriculture, such as cellular fermentation and cultivated meat, can bring “substantial reduction in direct GHG emissions from food production”. The report notes that these food technologies use less land and water, have a lower nutrient footprint as well as address concerns over animal welfare.

On alternative proteins, the report indicates that insects could be a mitigation opportunity. However, insects are reared industrially to feed intensively farmed animals, thereby propping up animal production and they are often fed on crops that could be consumed directly by animals or people, which accentuates an inefficient way of producing food.

While lifestyle changes can accelerate climate change mitigation, these changes require systemic changes across all of society including on land use, the report states. When governments meet in Egypt this November at COP27 they will discuss the targets for cutting greenhouse gas emissions in line with the Paris Agreement to limit global warming to 1.5°C. The report is a strong call on governments to take forceful actions to speed up the shift to more plant-based production and consumption and to reduce the number of animals raised for food production.