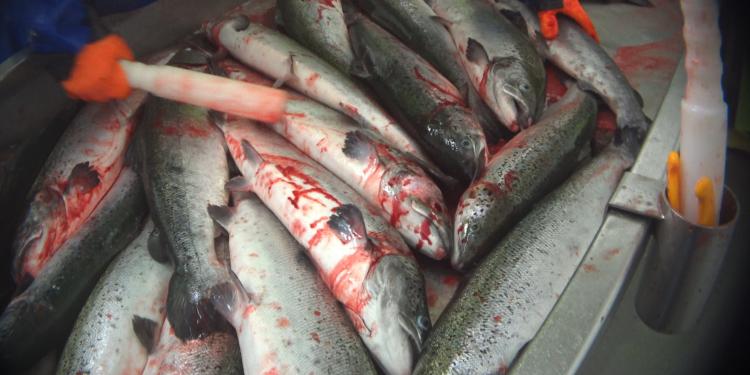 Eurogroup for Animals' member organisation Animal Equality has released undercover footage from a slaughter facility operated by The Scottish Salmon Company, a supplier of major supermarkets. The footage sheds light on how farmed salmon are killed and is the first of its kind to be released in the UK. The investigation has made several extremely serious animal welfare abuses public, including a significant number of fish who were killed while fully conscious.

The investigation shows in detail how:

"This footage is alarming. A significant number of salmon are clearly conscious when their gills are cut, which could result in extreme pain for as long as seven minutes", says Mark Borthwick, Head of Research at the Aquatic Life Institute.

In an open letter signed by 70 world-leading aquatic animal specialists, welfare academics and animal protection organisations, Animal Equality UK calls on ministers across the UK for specific and meaningful protections to be put in place for fish and other aquatic animals at the time of death, as well as legal training requirements and frequent on-site inspections.

With up to 77 million fish raised and slaughtered in the UK each year, more than two animals are killed per second.