New “hormone-free” beef quota is a threat to cattle welfare 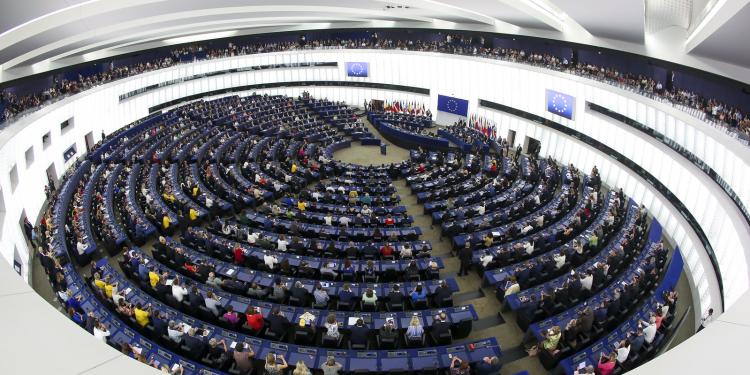 New “hormone-free” beef quota is a threat to cattle welfare

News
Yesterday the European Parliament has ratified the agreement between the EU and the US to modify the so-called “hormone-free beef” tariff-rate quota (TRQ) to allocate a significant volume of the quota solely to the US.

While the total volume of beef allowed to enter the EU market duty-free under this quota remains unchanged, it still imposes the use of feedlots, which are detrimental to both the animals and the environment, and it is likely to lead to more beef entering the EU market at preferential rate in the future.

The “hormone-free” beef quota was set up in 2012 by the EU and the US as a compromise to their dispute regarding the EU ban on the use of certain growth promotants. The EU got to keep its ban, while the US got duty-free access for its hormone-free beef. To be compliant with international trade rules, the quota, currently at 45,000 tonnes, was opened to all countries, but the admission criteria for the beef were defined to fit the US model of production, where cattle is finished on a grain diet.

The new agreement that has been approved by the EP today allocates 35,000 tonnes of the quota strictly to the US. Other beef producing countries can still take advantage of the remaining 10,000 tonnes. This raises two issues.

Firstly, Uruguay and Australia had become the main users of this quota rather than the US, and other countries like New Zealand and Argentina also benefited from it, which is why the US asked to renegotiate it. These countries are likely to use their loss of market access in this specific quota as ammunition to gain more market access in their bilateral talks with the EU. We can see a sign of this in the recent results of the EU-Mercosur negotiations. In this case, the EU granted additional market access to Mercosur beef (including from Argentina and Uruguay), not only through a new quota (99,000 tonnes, at a tariff of 7.5%), but also through a reduction of the tariff paid by Mercosur countries under the Hilton Quota, another beef quota in which they enjoy access to around 46,000 tonnes, from 20% to 0%. In the case of the EU-Canada FTA (CETA), the establishment of bilateral preferences for Canadian beef had led to a reduction of the total volume of the “hormone-free beef” TRQ (from 48 to 45,000 tonnes). In the case of Mercosur, however, it remained untouched, although the bilateral preferences granted are significant.

This increasing preferential access for foreign beef producers has consequences for animals in the EU. As imported products need not respect most EU animal welfare regulations, the lack of a level playing field impacts EU producers, which stokes the pressure to increase live exports as internal market demand dwindles. This would mean even more animals sent to countries such as Lebanon, Turkey, Algeria and Israel, where after harrowing journeys they are slaughtered in patent violation of even the most basic OIE standards. The European cattle industry has also intensified  in the past 10 years, and pressure from lower standard meat imports is likely to have contributed to this.

Secondly, the method of production defined as a criteria of admission in the “hormone-free beef” quota still imposes for the animals to go through a period of at least 100 days on a diet mainly based on grains, a practise typical in the US. Excessive grain feed has been recognized by the European Food Safety Agency (EFSA) as detrimental to the welfare of cattle, as it can provoke extremely rapid fermentation and the destruction of digestive flora, which may result in “abdominal pain, metabolic acidosis, and in severe cases, death.” Not only that, but to ensure such a diet, the cattle must be kept on feedlots rather than pasture for the entire period, which implies further issues related to confinement, the overuse of antibiotics and temperature stress.

Eurogroup for Animals welcomes the fact that fewer countries will have access to the quota in the future, which will reduce the incentive for countries using mainly pasture, such as Uruguay or Argentina, to set up feedlots to gain duty-free access to the EU market. However, it does not reduce the potential amount of imported beef produced in such cruel systems. To do this, the EU could have reduced the volume of the quota to just what is left for the US, or amend the definition of what is fallaciously called “high-quality beef” – a label most Europeans would consider inappropriate to describe beef produced on feedlots.

All this on the day the European Parliament declared a “climate emergency”...