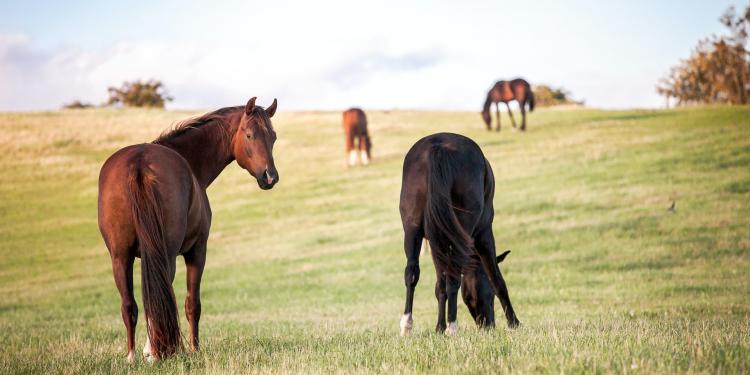 The seventh meeting of the EU Platform on Animal Welfare today saw the announcement that the European Commission is to mandate a new reference centre for ruminants and equines.

Europe’s equines fulfill many roles, from high value sports and competition horses, to companions, to those used in therapy, to those used in tourism. However, too often their welfare has fallen foul of this variety as they move from sector to sector and owner to owner. Yet finally, after six years of highlighting these problems, the European Commissioner for Health and Food Safety, Stella Kyriakides, announced that we will see the establishment of an EU reference centre for ruminants and equidae.

Eurogroup for Animals and World Horse Welfare were asked by the European Commission to produce the first ever comprehensive assessment of the health and welfare of the EU’s equines back in 2014. Three years later, the ensuing report led to a European Parliamentary Resolution calling for EU-level guidance to educate and inform equine owners and operators, thereby addressing the greatest single impediment to good equine welfare across the Union ⁠— a lack of knowledge. This call, which was echoed months later by several Member States in the Council of the EU, in turn led to the establishment of an ‘Own Initiative’ sub-group of the EU Animal Welfare Platform itself.

This group has now produced two sets of guidelines: One on good animal welfare practices for the keeping, care, training and use of horses, and the other on the keeping, care, training and use of donkeys and donkey hybrids ⁠— the latter of which were adopted at today’s meeting. It is now expected that these will, together, be used by the new reference centre to tackle the ignorance that undermines good equine welfare.

Reacting after the Platform meeting, Roly Owers, who sits on the platform as the Chief Executive of World Horse Welfare said: “This reference centre couldn’t come at a better time. Several organisations, experts and Member States have invested a lot of time and energy into producing these fundamental guidelines. However, if they are to deliver much needed improvements to equine welfare, we now need them to be disseminated across the EU, and beyond.

Joe Collins, who is the Chief Veterinary Advisor for The Donkey Sanctuary in Europe, and who Chairs Eurogroup for Animals’ Working Group on Equines, added:

“We are delighted that the Commission has taken this step and recognises the importance of addressing the welfare gaps that blight the equine sector. Our job now is to ensure that the new centre lives up to expectations and fully utilises these two sets of guidelines. We will certainly do our utmost to ensure that this happens.”