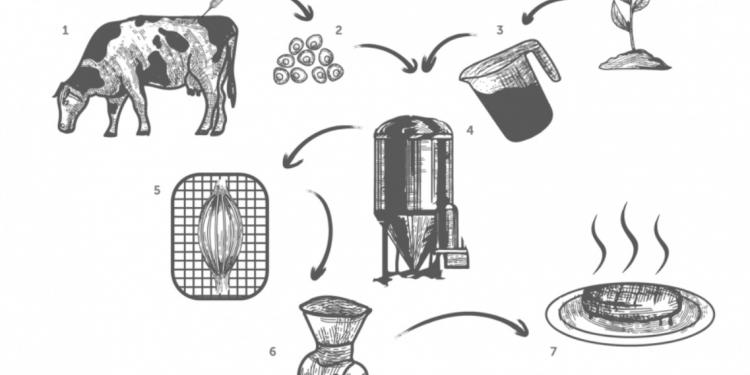 Perhaps a meatless future is too optimistic. But a future without slaughter of animals is no longer a utopia.
Michel Vandenbosch, President of GAIA

GAIA has introduced the idea of cultivated meat, also known as clean meat, to wider audiences through the new website, equipped with educational materials and most up-to-date information on the topic.

Although its production doesn't require the usage of animals, cultivated meat is nonetheless the real meat. Nothing distinguishes it from its traditional counterpart on a molecular level. It does however eliminate both animal welfare issues and the negative environmental effects inherent in current animal production methods. In addition to meat of terrestrial farm terrestrial animals, there are more and more businesses focusing entirely on the production of fish meat, milk, eggs, foie gras and leather.

Just recently an Australian startup initiated the cultivated kangaroo meat development with an objective to put the massacre of kangaroos to an end. This is particularly relevant for GAIA since Belgium is world's leading importer of kangaroo meat. Last year GAIA launched the 'Save the kangaroos' campaign demanding from the Belgian government to ban the import of kangaroo meat and have. Several major supermarkets have already been convinced to remove kangaroo meat from their shelves.

We are convinced that cell farming, by gradually replacing industrial farming, will inevitably contribute to reducing animal suffering around the world.
GAIA