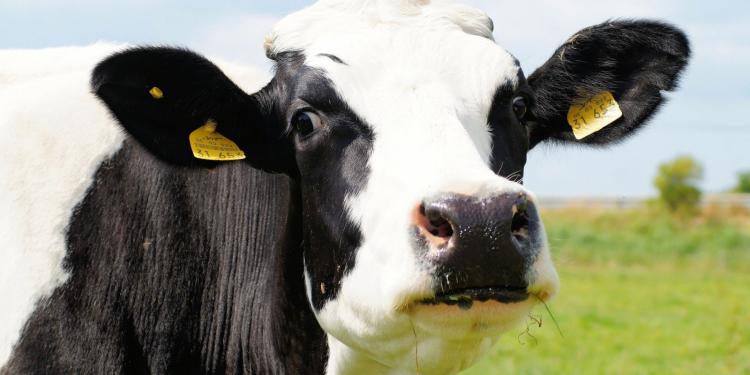 News
On 2 December, the Slovenian Minister of Infrastructure and the President of the European Parliament formally signed into law three new regulations that, taken together, form the basis of the new Common Agricultural Policy for 2023 — 2027 (and possibly beyond).

This new CAP has been derided, disparaged and denigrated by environmental groups and agricultural producers alike, and not without good cause from the former. At a time when Europe aspires to lead the world in a green revolution, we have a policy that, whilst a big improvement on the current CAP, still fails to live up to the lofty ambition of the von der Leyen Commission’s Green Deal.

In a large part, this can be blamed on the fact that the proposals were not born of the current Commission at all, but were legacies of the Juncker Commission, and in particular of an Agriculture Commissioner (Phil Hogan) who was more interested in agricultural orthodoxy than environmental originality. Blame should also be levelled at the doors of Member States. In order for any legislative package to be adopted, it needed support from a minimum of 15 countries, representing 65% of the Union’s total population. Politics is still, ultimately, the art of the possible, and sometimes there is no point in reaching for the stars when you can only get as far as the moon.

And so to the detail. Ultimately we needed a CAP that rewards a new set of environmental and animal welfare provisions: cleaner water, better soil quality, higher biodiversity, better grazing and housing standards. Farmers are custodians of our landscape; more of them need to be encouraged to follow best practice and behave as such. We needed a shift to rewarding the outcome, not the activity. Did we get this?

Yes, and no. Voluntary coupled support, which allows Member States to target 'aid' to a specific agricultural sector, survives. Although capped at 13% of the European Agricultural Guarantee Fund (otherwise known as the "first pillar") — i.e. those funds that go straight to farms to support their incomes — this remains to be a remnant of the original CAP that is neither just nor justifiable. The use of voluntary coupled support in 2018, for instance, totalled €3.99 billion, of which 40% went to support beef production and a further 21% to support milk production. Furthermore, new “good agricultural and environmental conditions” (known as GAECs) — standards for environmental protection which directly impact on habitat protection — were watered down by Member States and MEPs.

However, it’s also not all bad. A full 25% of the European Agricultural Guarantee Fund will, for the first time, be composed of new incentives for farmers, obliging them to deliver outcomes that go above and beyond minimum requirements. Crucially, thanks to our efforts and collaboration with both European Parliamentarians and Member State diplomats, these new ‘eco-schemes’ also include measures to drive improvements in animal welfare. On top of this, the wholly discretionary European Agricultural Fund for Rural Development — the so-called "pillar II" — also remains available to improve animal welfare.

We should not underestimate the impact that these eco-schemes can have for millions of animals. For the first time in the history of the CAP, animal welfare can now be incentivised through direct payments, providing farmers with a pot of money worth over €10 billion per annum. Eco-schemes, which ultimately must be used, have already been identified as a key mechanism to enable farmers, for instance, to transition to cage-free systems. Several Member States have already identified their use to support pasture-based grazing for their cattle herds.

Indeed, under the new CAP, it is now over to Member States to make the best use of this new funding, and to ensure that animal welfare is prioritised. However, governments can no longer point fingers at Brussels and complain about a lack of funding for higher animal welfare. The money is there. Now it must be used.

The new CAP, taken as a whole, is certainly not perfect. The challenges for the next reform will be to do away with coupled support entirely, to ensure eco-schemes form the backbone of the European Agricultural Guarantee Fund, and to oblige all Member States to use some of the funds available to drive animal welfare forward.

However, this CAP still has the power to improve the lives of millions of animals across our European Union. It’s a big step in the right direction. We are not where we need to be yet, but we are, at least, on the right path.

EP Plenary: disappointing vote on live animal transport
Digital Services Act: if not for the animals, do it for the money
Mosa Meat cultivates beef without fetal bovine serum
Consumer poll shows: Over half of adults say they would like to try cultivated meat