Milan Fashion Week: demonstrative action at the headquarters of the Italian National Chamber of Fashion 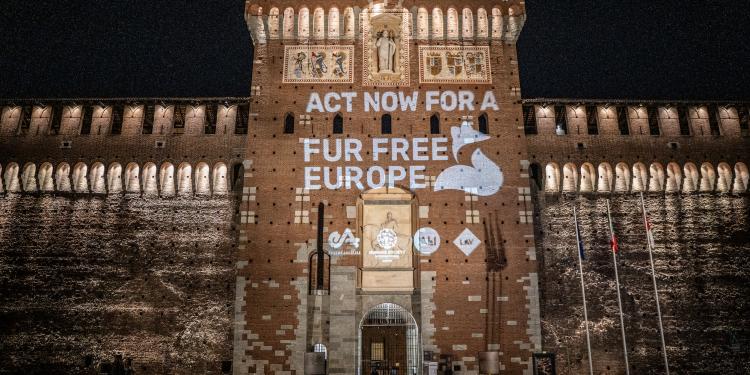 Milan Fashion Week: demonstrative action at the headquarters of the Italian National Chamber of Fashion

Yesterday evening, 20th September, the opening date of the Milan Fashion Week, the associations LAV, Humane Society International/Europe, ALI - Animal Law Italia and Essere Animali have projected on the building at number 31 in Piazza Duomo where it is based the National Chamber of Italian Fashion (organizer of the Fashion Weeks) an important and urgent message: “Act now for a Fur Free Europe”.

An explicit call for mobilisation addressed to all European citizens to induce the EU Commission to launch a legislative initiative aimed at extending the ban fur farming in all Member States and, also, introducing a ban on trade (and import) of fur products.

After the recent great success achieved with the European Citizens' Initiatives "End the Cage Age" (for the stop to cages on farms, reaching 1.4 million validated signatures) and "Save Cruelty Free Cosmetics" (for the stop to experimentation animal, collecting 1.4 million signatures), animal rights associations from all over Europe, represented in Italy by Essere Animali, Humane Society International/Europe, ALI - Animal Law Italia and LAV, have already started the ECI “Fur Free Europe”, once again enjoying a wide consensus: in the first 4 months about 350,000 signatures have already been reached.

The goal is to exceed the quota of 1 million signatures required to commit the EU Commission to follow up on the European Citizens' Initiative. 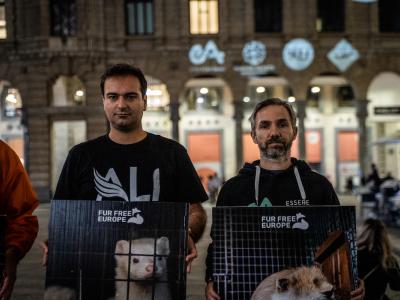 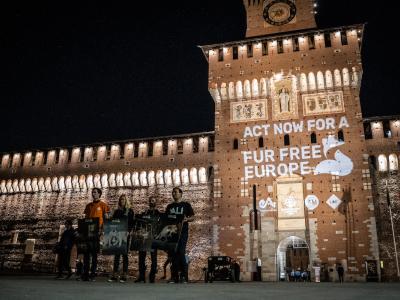 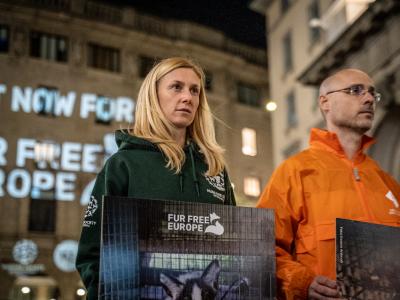 The European Citizens' Initiative is the tool envisaged by EU law to generate a more democratic decision-making process, for this reason the requests that benefit from a broad consensus (the procedure foresees at least 1 million valid signatures collected in 12 months and in at least 7 States members) must be considered by the European Commission.

In Europe, 13 Member States have already formally banned the farming of animals for the purpose of obtaining fur (Austria, Belgium - from 2023, Croatia, Estonia - from 2026, France, Ireland, Luxembourg, Malta, Holland , Czech Rep., Slovakia, Slovenia); among these also Italy with the ban in force from 1 January of this year and thanks to which no less than 60,000 mink will be saved every year (which, according to the last useful production cycle, every year were specially bred to then be killed). Other Member States have imposed restrictions: in Germany there are no longer farms; in Spain it is not possible to start new ones. In the European area, also the United Kingdom, Norway (from 2025) Serbia, North Macedonia, Bosnia (from 2028), and also in Switzerland have banned particularly restrictive local provisions, which in fact prevent the 'opening of farms.

For consistency, Fur Free Europe also calls for a ban on the trade and import of fur products; a ban that, in compliance with the rules of international trade, is already in force in California (from 2019) and in Israel (from 2021).

The full text of the ECI "Fur Free Europe" is available on the institutional website of the EU Commission.

It is also possible to sign up from the websites of the individual associations, LAV, Essere Animali, Animal Law Italy, and Humane Society International.

Although there are many national bans, in the European Union still 18 million animals (minks, foxes, raccoon dogs, chinchillas) are specially bred every year and then killed in order to obtain fur.

There are now many major global fashion brands that have made the fur-free choice an added value of their sustainability policies. Among the Italians: Elisabetta Franchi, Giorgio Armani, Gucci, Versace, Prada, Valentino, D&G, Zegna, and YNAP Group. A trend that is also reflected in the numbers: in Italy the turnover of the fur trade fell from 1.8 billion euros in 2006 to 814 million euros in 2018 (source: Italian Fur Association).

"Legislative action is needed at European level to harmonize fur farming bans in all Member States and to introduce a ban on the trade and import of fur products throughout the European Union" - conclude the associations promoting the ECI Fur Free Europe in Italy.