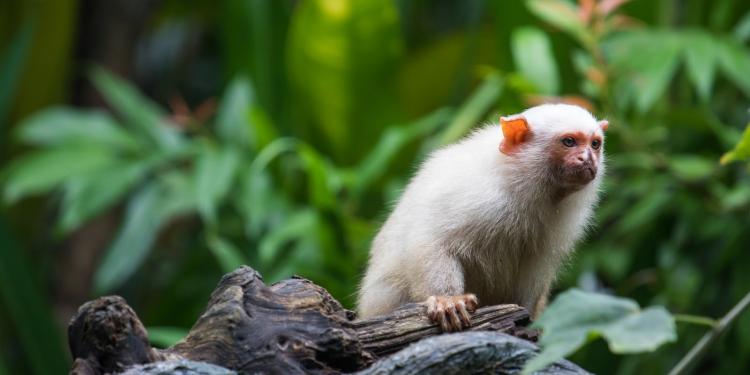 The COVID-19 crisis has prompted decision makers to clamp down on the legal and illegal trade of exotic animals in the EU.

Describing the COVID-19 crisis as a “man-made catastrophe caused by the booming international trade in wild animals”, leading Brussels news outlet POLITICO claimed on Friday that MEP Agnès Evren (EPP) fully supports the idea of a ‘Positive List’ approach to fight wildlife trafficking and to effectively regulate the exotic pet trade in the EU. A Positive List states which animal species are suitable and safe to be kept as pets – but at present the EU only regulates the trade of species that are protected by the Convention on International Trade in Endangered Species (CITES) or included in the list of Invasive Alien Species of Union concern.

“MEPs are clamoring for more to be done. ‘The trade and trafficking of wildlife is putting our health and our biodiversity in danger, the European Union needs to act,’ said Agnès Evren, a French lawmaker from the center-right European People’s Party,” reads the article by POLITICO’s Eddy Wax and Louise Guillot. “Evren also hoped Brussels would flip the structure of EU wildlife legislation on its head in its major European Green Deal plan for the environment, by establishing a more restrictive so-called positive list of tradable species. [...] The [Green Deal’s] biodiversity strategy ‘should lead to the adoption of a European legislation on this matter and reinforce our rules and means of actions,’ Evren said.”

The article also quotes Slovak ecologist-turned-MEP Michal Wiezik, also from the EPP. “‘I would say that the COVID-19 crisis is the outcome of our ignorance, how we were treating animals […] eating wild animals, and keeping them in a condition that really asked for the outbreak,’ Wiezik said.”

Eurogroup for Animals, AAP Animal Advocacy and Protection and several other of its member organisations have long been pushing for an EU-wide positive list – an instrument that is preventive in nature. Such a list has already been successfully introduced in Belgium and Luxembourg, and is being developed in the Netherlands.

“A Positive List is the most effective, concise, preventive, transparent, enforceable and economically feasible way to regulate the exotic pet trade,” says Ilaria Di Silvestre, wildlife programme leader at Eurogroup for Animals. “The trade in exotic pets is causing the suffering of animals that are totally unsuitable for a life in our homes, and poses serious risks to human and animal health. It’s great to know that we have the support of MEPs to call for the urgent adoption of an EU Positive List of allowed pet species.”

“The COVID-19 pandemic could easily have emerged from within the European Union. The fact that it has not happened yet is almost a miracle,” concludes Raquel García, head of public policy at AAP Animal Advocacy and Protection. “Thousands of wild animal species are traded, transported and kept as pets in EU citizens’ homes, with no sanitary controls.”

The European Commission now has the possibility to show that a painful lesson has been learned by including an EU Positive List to effectively regulate the exotic pet trade in its new 2030 Biodiversity Strategy, part of the European Green Deal.