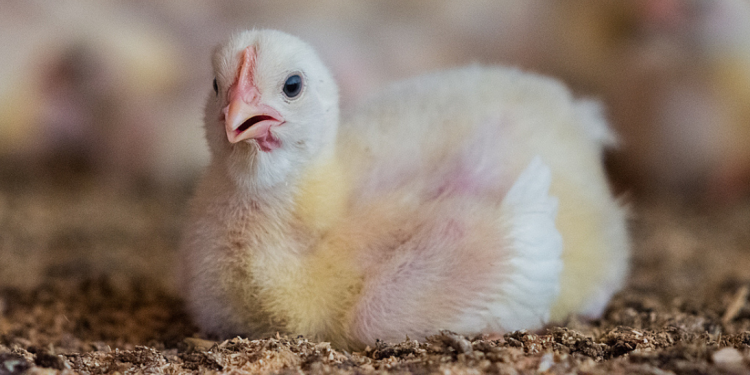 On January 10 2023, an event at the European Parliament was held by the European Institute for Animal Law & Policy and L214 to discuss the future of male chick and female duckling culling. Positive feedback from the policymakers in attendance - as well as general support for and interest in alternatives to the practice - suggest an EU-wide ban could be within our grasp.

The fate of male chicks and female ducklings in Europe is, generally speaking, a very dark one. As they are deemed ‘useless’ by the industry for their inability to produce eggs or big livers, a huge number of them are routinely culled at just one day old by gassing or maceration.

It’s a senseless practice that must be stopped. That’s why we at Eurogroup for Animals, along with several NGOs including L214 - the creators of the ‘Stop Grinding and Gassing’ campaign - have been battling to get the issue recognised and banned at EU level.

Nationally, there have been a lot of victories so far for male chicks in particular. Germany, France and Austria already banned their systematic killing last year - in some instances, following the tireless work of our members and several other NGOs to put the issue in the political spotlight. However, millions of male chicks and female ducklings across Europe are still vulnerable, and EU-wide legislation is therefore required to end the cruelty of this type of culling once and for all.

To explore the potential of a ban further, L214 together with the European Institute for Animal Law & Policy organised an EP event to discuss alternatives to male chick and female duckling culling, and what steps we could take to phase it out across Europe over the coming years.

Envisioning the end of male chick and female duckling culling

Over 100 people attended the EP event both in-person and online, including representatives from COPA COGECA, researchers, and MEPs like Tilly Metz, Caroline Roose and Sirpa Pietikäinen.

Our own Farm Animals Programme Leader, Inês Grenho Ajuda, delivered a talk to highlight the NGO’s asks, as well as the unique opportunity presented by the upcoming revision of the EU’s animal welfare legislation to obtain an EU-wide ban on male chick and female duckling culling. Alternatives to the practice were also discussed like in-ovo sexing: a type of technology that can determine the sex of eggs before they hatch (thus eliminating the ‘need’ for culling). Further alternatives such as the use of dual-purpose breeds and sourcing more plant-based egg options, along with ample evidence to show a ban could be successfully carried out in the EU, has additionally been explored in a brilliant report by Animal Society published recently.

Feedback on the event and the topics discussed was positive. Pietikäinen, who represented the conservative European People’s Party, said she would like to see whether the European Parliament would support a ban on chick culling in the coming months. Independent Portuguese MEP Francisco Guerreiro emphasised that animal welfare will be important in next year’s elections, too, suggesting a ban would be timely.

While she was not present, European Commissioner Stella Kyriakides has implied she is on a similar wavelength, having already expressed being in favour of a ban on male chick culling at an AGRIFISH meeting last year.

With the animal welfare legislation to be revised in the coming years and the elections around the corner, now is a critical opportunity to end this horrible process, and implement new and innovative solutions that are devoid of needless pain and suffering. After an excellent event and promising words from policymakers and the other parties in attendance, we at Eurogroup for Animals are now working on making that happen. Stay posted for updates.