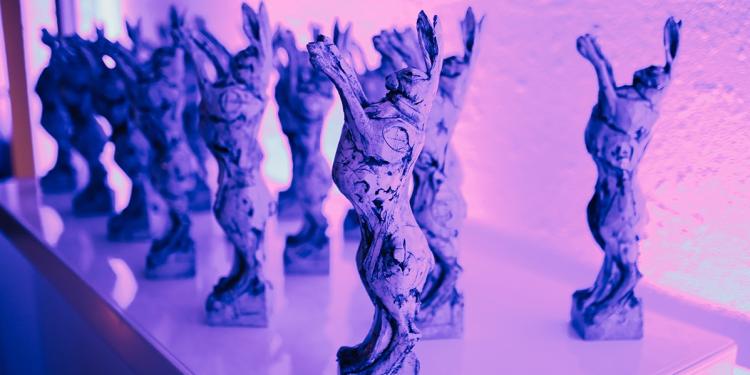 Eurogroup for Animals warmly congratulates Tilly Metz and Jytte Guteland for winning the Political Achievement Award on the occasion of the tenth year anniversary of the Lush Prize. Both MEPs have worked tirelessly inside and outside the European Parliament to engage politicians, stakeholders, scientists and industry in the urgent need for a strategy to transition to non-animal science.

Their leadership and many efforts paved the way for last year’s Resolution on plans and actions to accelerate the transition to innovation without the use of animals in science.

Congratulations also go to the third winner, In-soon Nam, whose many efforts to advance the use of non-animal methods led to the introduction of a new bill in South Korea to promote the development, dissemination and use of alternatives to animal testing methods.

We also applaud our member Doctors Against Animal Experiments who won the Training prize for raising public awareness on human-based research through their Non-Animal Technologies (NAT) Database. This unique free tool provides an overview of hundreds of animal-free methods in order to facilitate access and inform scientists, regulators, politicians and the general public about the power and advantages of innovative non-animal technologies.

Finally, we would like to pay tribute to Stichting Proefdiervrij, the Dutch Society for the Replacement of Animal Testing, which was short-listed for the Training prize. They strive for a world in which no animals are needed for science anymore. To that end, they financially support innovative animal-free research projects, lobby to keep animal free methods on the agenda of responsible members of parliament and inspire scientists, politicians and the general public to support and move towards human-based non-animal methods in science.

Launched in 2012, the Lush Prize is a collaboration between Lush Cosmetics and Ethical Consumer Research Association. It is the largest prize fund in the non-animal testing sector, rewarding initiatives across science and campaigning that work to end or replace animal testing, particularly in the area of toxicology research. Between 2012 and 2022, the Lush Prize has given £2.69 million to 130 winners in 30 countries.

🏆🐰🐶🐒🐀So proud and happy about this prize- This is very important to me and empowering ‘cause still a long way to go to phase out animal testing ❌✊🏼 and to prove that NAM’s are not only more ethical but also more efficient!🧬👩🏻‍🔬🧫 https://t.co/ZCHsnbgg1A