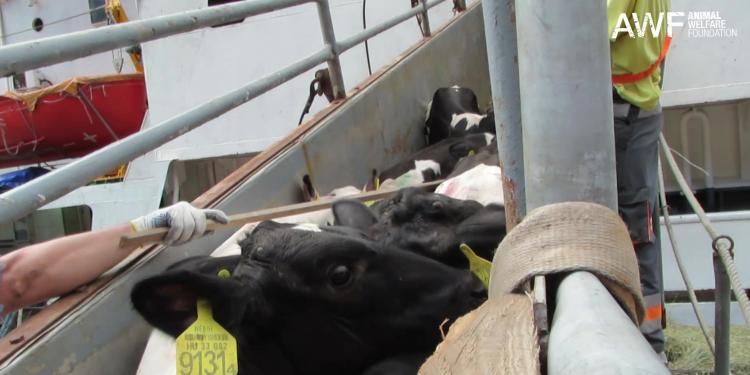 Livestock carriers are the most dangerous vessels in the world. With an average of 41 years of age, the vessels:

The Report’s authors found out that only five of the 78 EU certified vessels were built for the transport of live animals, the others were previously used as container ships, ferries, or freighters. As these cargos were not meant to transport animals, they don’t meet animals' behavioural and species-specific needs.

“The global average age for scrapping vessels is 30 years. The evaluated vessels, however, already averaged 29 years when they were converted into EU-approved livestock carriers. They already had one ship's life behind them”. Moreover, 55% of them sail under flags from risk and high-risk countries, according to the Paris Memorandum of Understanding on Port State Control (Paris MoU).

53 vessels have been detained several times due to massive violations to the Paris MoU. "Despite continued animal welfare violations and endangerment of the seas, the vessel operators remain in business", also due to inadequate controls by the EU Commission.

This new study proves once again that live animal export is not a correct practice with regards to animals, humans and the environment. The only solution is to revise the Transport Regulation to limit as much as possible the unnecessary suffering that live transport implies. With our No Animal Left Behind campaign we’re calling on the Commission to forbid live export to third countries and intra-EU long distance journeys, and to set species- and category- specific requirements for the remaining journeys.

Paris MoU: The organisation consists of 27 participating maritime Administrations and covers the waters of the European coastal States and the North Atlantic basin from North America to Europe. Its mission is to eliminate the operation of sub-standard ships through a harmonised system of port State control. Annually more than 17,000 inspections take place on board foreign ships in the Paris MoU ports, ensuring that these ships meet international safety, security and environmental standards, and that crew members have adequate living and working conditions.

MARPOL: The International Convention for the Prevention of Pollution from Ships is the main international convention covering prevention of pollution of the marine environment by ships from operational or accidental causes.

Robin des Bois is an NGO for the protection of Man and the environment founded in France in 1985. It campaigns internationally among others for safer seas and for animal protection through in-depth investigations. Since 2006, Robin des Bois has published "Shipbreaking", a bulletin dedicated to ship demolition which is a worldwide reference.

The Animal Welfare Foundation e.V. and Tierschutzbund Zürich are independent, non-profit, and internationally active animal welfare organisations. With their own investigation teams and animal welfare projects, both organisations are committed to improving the lives of so-called “farm” animals.