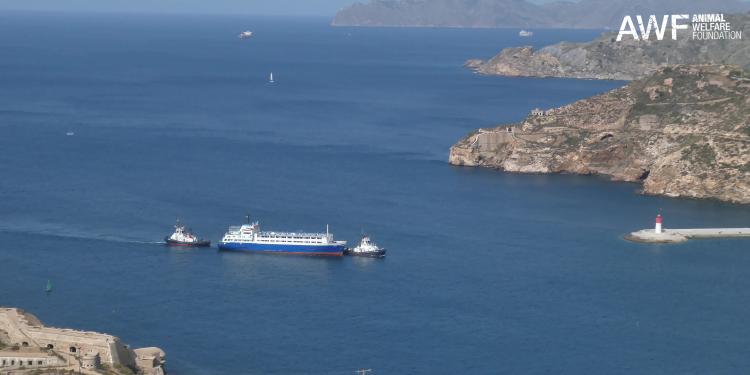 Three months after its departure the vessel is still wandering around the Mediterranean with no clear destination.

Last Thursday, the Elbeik vessel left Greece heading towards Spain. Since yesterday, it’s anchored in front of Menorca and our member Animal Welfare Foundation got confirmation that there are more than 100 dead animals on board.

Despite the fact that the Greek authorities in Crete provided the vessel with food for the crew and feed for the animals, there are concerns over the conditions of both after 3 months at sea.

Unfortunately the fate of these animals remains unclear: the possibility for them to be exported again to a third country is still there. Indeed, the vessel’s final destination has not yet been indicated.

Meanwhile, the mobile killing unit, used for the Karim Allah’s animals, is still up in the Spanish port of Cartagena.

Immediate action is necessary to relieve the animals and the crew. We urge the Spanish authorities to finally step in and put an end to this sad journey.