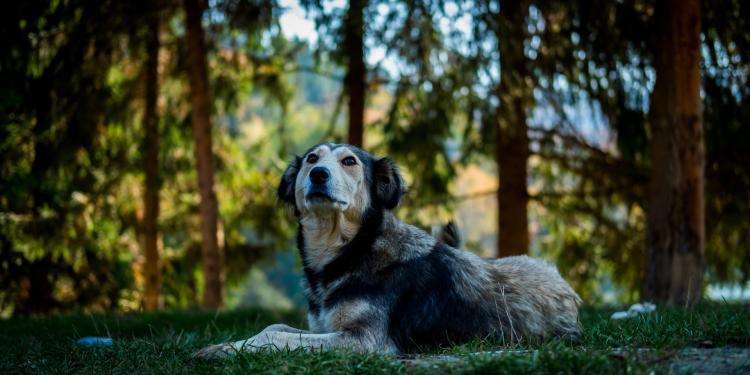 Following the recent events showing the Food and Veterinary Service's (SFVS) incompetence and indifference to the country's long-standing animal welfare problems, Lithuanian animal welfare organizations call on the Lithuanian Government and Prime Minister for a change.

The Lithuanian Food and Veterinary Service (SFVS) is increasingly being criticized by animal protection organizations for its institutional incompetence and the incompetence of its inspectors. According to a coalition of Lithuanian NGOs, which our Lithuanian member Lietuvos gyvūnų teisių apsauga is part of, SFVS inspectors are not able to perform a physical assessment of animal health and are not familiar with the requirements of legal acts. In most cases, after negligent inspections, animals are left in the care of breeders who break the law and torture them.

"For several years now, organizations have approached the government to report violations. Each of them shared their stories, as the volunteers of the organizations provided footage of the cruelty against pets, but did not receive a real response from the governmental agency. Meanwhile, inspectors assess the animal's physical health only at a distance, and often do not even inspect rooms that are difficult to access - such as barns, warehouses - where animals are usually ruthlessly closed” says Brigita Kymantaitė, CEO of Lietuvos gyvūnų teisių apsauga.

In order to apply to a court for the confiscation of poorly bred animals, it is necessary to have not only visual evidence, but also a detailed report made by SFVS inspectors, which is crucial in resolving a case of cruelty to an animal in court. Unqualified, superficial inspections not only prevent the protection of the animal from further suffering, but also create an impression of impunity in animal abusers, which further encourages both cruel treatment of pets and the expansion of illegal puppy mills."

"Poor quality inspections mean that breeders who are cruel to animals remain unpunished. Recent events prove that for many years our country's governmental agency, which should be responsible for animal welfare, has hired inspectors who do not have any knowledge of veterinary medicine, and whose indifference is empowering illegal breeders who can sleep peacefully, knowing that they will go unpunished” says Beatričė Vaitiekūnaitė-Pliuskė, the CEO of another animal welfare organization that joined the action.

Fur Free Europe ECI - a final stop to fur cruelty
Eurogroup for Animals calls the European Commission to stop the production, import and use of eCG in the EU
Report concludes public health still at risk from mink farms in Denmark
Have you met Welfarm?

Fur Free Europe ECI - a final stop to fur cruelty
Eurogroup for Animals calls the European Commission to stop the production, import and use of eCG in the EU
How you can support animal protection organisations in Ukraine
Twelve Member States demand to end fur farming in the EU