LFDA conference on animal welfare and the future of breeding 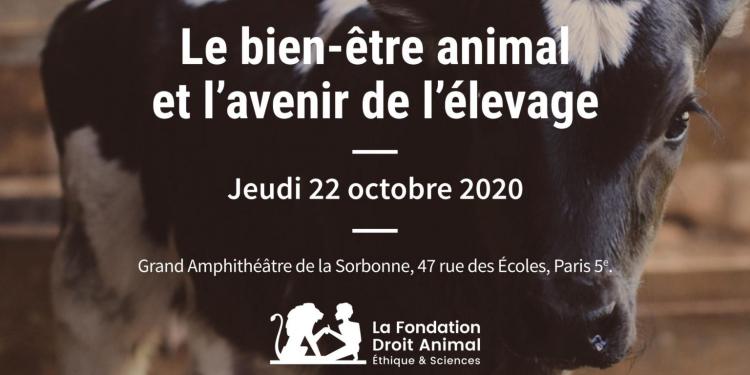 LFDA conference on animal welfare and the future of breeding

Animal welfare and the future of breeding, a pertinent topic, was the subject of a conference organized by the LFDA, a Eurogroup for Animals member (La Fondation Droit Animal éthique & sciences). The conference took place on the 22nd of October at the Grand Amphithéâtre de la Sorbonne in Paris.

“Animals are sentient beings, who can feel joy, pain, like us. And it is important that we, when we are responsible for these animals, do as much as possible to ensure their well-being”, Louis Schweitzer states, the President of the LFDA. This is why the LFDA organised a colloquium on animal welfare and the future of breeding. When it comes to the conditions in which animals live, the term “animal welfare” is omnipresent but is often misused.

In French law, the law of July 10, 1976 relating to the protection of nature indicates that “any animal being a sentient being must be placed by its owner in conditions compatible with the biological imperatives of its species”. Since then, scientific advances have made it possible to better understand and define animal welfare. In 2018, the National Agency for Food, Environmental and Occupational Health Safety defined animal welfare as “the positive mental and physical state linked to the satisfaction of physiological and behavioural needs, as well as their expectations. This state varies according to the animal’s perception of the situation”. The animals’ feelings are therefore taken into account, mainly thanks to behavioural and physiological indicators.

The objective of this conference was to establish priorities despite the challenges of the breeding sector through constructive exchanges, and thus lay the foundations for a future of breeding that further integrates animal welfare. Alongside this, the most effective actions that we can no longer do without to better respect animals were discussed. The conference consisted of a full day with professionals in breeding, mass distribution, scientists, parliamentarians and members of animal protection, who had several roundtable discussions and responded to questions from the audience. A full video of the event can be found here.
Read more at source
LFDA
Animal welfare
France
Deel op FacebookDeel op TwitterDeel op PinterestDeel op Linked InDeel op Whatsapp