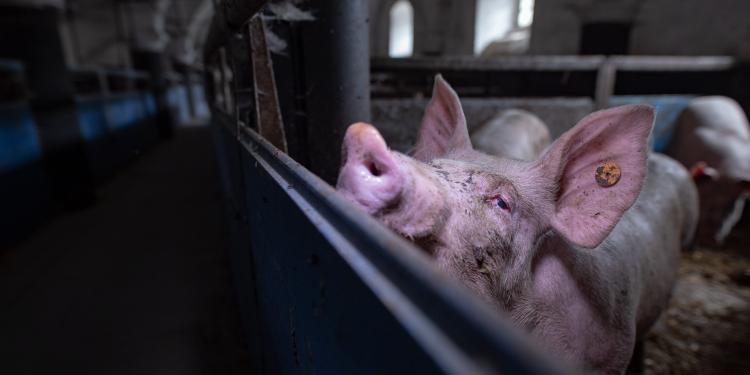 As the political groups draft their resolutions regarding EU coordinated action to combat the COVID-19 pandemic and its consequences, Eurogroup for Animals asks them to also address the animal welfare-related aspects.
The content of the letter is below.

In view of the drafting process of your Group’s resolution regarding EU coordinated action to combat the COVID-19 pandemic and its consequences, Eurogroup for Animals would like to ask you to also address the animal welfare-related aspects. We are calling on the European Union and its Member States to consider the needs of animals during the pandemic and to take the necessary measures to guarantee their welfare during these difficult times. Furthermore, we would like to draw your attention to the root causes of this pandemic and present sustainable ways forward for the future.

There is an urgent need for a global ban on wild animal markets as they pose a serious risk to human health. According to the scientific journal Nature, 60% of emerging infectious diseases are zoonotic and 70% of these are thought to originate from wild animals. The risk of zoonotic disease transmission increases due to the usually severe lack of hygiene on wildlife markets. Animals are crammed together in tiny spaces in the frequently crowded markets. The close proximity to humans provides the perfect opportunity for pathogens to spread. As a result of inadequate care, stress and trauma, the animals have weak immune systems, which makes them prone to disease and further exacerbates the risk for humans.

Additionally, in Asian traditional medicine, wild animals such as pangolins, bears, turtles, lions or tigers are still processed for some medicines. This bears the risk of disease transmission which is prevalent across all aspects of the wild animal products trade.

In addition, the EU should take a highly precautionary approach to the wildlife trade. The EU is a main destination for exotic pets – including primates, reptiles and amphibians. Thousands of wild animal species are legally and illegally traded, transported and kept as pets in EU citizens’ homes, with no sanitary control. Traders of live wild animals don't adopt any of the precautionary safety provisions required in other EU industries that provide products to the public. Some of these animals have been wild caught or are captive bred in third countries, and might have been kept in precarious hygienic conditions similar to those of the Asian or African wet markets before being transported to European houses. Several European countries also regularly host markets and fairs to sell exotic animals.

This year the EU has a great opportunity to take action: the EU Biodiversity Strategy to 2030, presently under preparation, should include specific actions to effectively regulate the exotic pet trade in the EU, thereby protecting the health of EU consumers, the welfare of the animals and the European and global biodiversity from the risks posed by the currently poorly regulated trade in live wild animals. Eurogroup for Animals calls on the European Commission to adopt an EU-wide ‘Positive List’ stating which animal species are suitable and safe to be kept as pets.

Another major cause of the spread of zoonotic diseases is intensive livestock farming. Farmed animals kept by the billions (trillions if we consider fish in aquaculture) are reservoirs and pathways for diseases that can be highly dangerous for humans. Loss of habitat for agricultural purposes causes more frequent and closer interactions between animals, humans and ecosystems.

The impact of this increased exposure is devastating: zoonoses could be responsible for 2.5 billion cases of human illness and 2.7 million human deaths worldwide each year. Many particularly dangerous infectious human diseases (both bacterial and viral) originated in intensive livestock farming systems, and this trend is likely to continue as agriculture expands and intensifies.

Viral diseases of animal origin are not the only ones threatening public health. Several bacteria hosted by farmed animals, such as Campylobacter, Salmonella and E.coli, can cause severe food-borne zoonotic illness in humans. In 2018 there were almost 350,000 confirmed cases of foodborne zoonotic illness in the EU caused by those three pathogens alone.

To the direct threat posed by zoonotic foodborne illness, we must add the indirect threat posed by increased antimicrobial resistance. Treating farmed animals against pathogens that are commonly encountered under intensive industrial conditions requires a massive use of antimicrobials. As a consequence, antimicrobial resistance (AMR) represents a looming threat to public health, highlighting the need for a shift towards a more sustainable food production system that has animal welfare at its core.

The ongoing COVID-19 pandemic sadly demonstrated the link between animal and human health and welfare. This year, the EU has a great opportunity to take strong actions to tackle these issues. The European Commission is working on the drafting of the Farm to Fork Strategy. This document, if ambitious enough, could initiate a decisive change of direction of the EU policies on agricultural practices.

We have been informed about long waiting times at national borders, which have already caused severe animal welfare issues at the beginning of the pandemic. Therefore livestock has been included in the list of priority goods that can cross borders more easily via “green lanes”. Despite this and other initiatives (i.e. Implementing Regulation 2020/466) in the current situation compliance with the provisions of Council Regulation 1/2005 (the EU Transport Regulation) remains challenging.

Ad hoc arrangements to guarantee the welfare and health of the animals transported would be needed, as a Commission emergency protocol to ensure an effective flow of information between Chief Veterinary Officers (CVOs) and EU Member States’ National Contact Points (NCPs). In addition, to reduce the movements of people, in line with WHO recommendations, the transport of meat and carcasses should be favoured. EU Member States should also not approve any extra-EU transport of live animals, by land or sea as long queues have been observed at the external borders.

Regarding pets, authorities need to clarify that the spread of COVID-19 is a result of transmission from one person to another, and that there is no evidence that companion animals can spread the disease. The pandemic is therefore no justification for euthanising pets or culling stray animals.

Moreover, animal shelters will be under pressure due to an increase in intake of animals from ill owners or owners who have passed away, as well as animals that have been abandoned due to lack of funds or through misguided concerns over the transmission of COVID-19. In order to reduce the pressure, governments should come up with clear rules on cross-border commercial transport of pets in order to ensure continuity of the cross-border adoptions and family reunifications, while shelter staff and volunteers should be defined as ‘essential workers’ so that they can take care of animals and run feeding programmes for strays.

Governments should also define pet food and critical veterinary care as ‘essential’ goods and services during lockdown in order to ensure that companion animals can receive the continuous care they need.

Governments in Europe and around the globe are searching for solutions and rightly looking to take what measures they can to try to bring a solution to this crisis. One element of these wide-ranging actions has involved pushing huge investment towards research aimed at better understanding the spread, treating the effects of, and preventing the disease. Some of this work involves complex human-based in vitro, in silico, and in chemico approaches, and epidemiological and clinical studies looking at human health, biology and behaviour. Other work focuses on research studies that involve the use of animals such as genetically modified mice, ferrets, cats and monkeys.

In times such as these, where people are ‘scrambling’ or ‘rushing’ to look for treatments, and where huge amounts of animal lives and billions of dollars, pounds and euros are being directed towards solving the problem, coordinated actions at national and international level are essential to guarantee the non-duplication of tests using animals, and drive resources to humane and human-relevant research in the urgent search for a safe and efficient vaccine.

We urge you to call on authorities in the EU to act together, to ensure that full regard is paid to human-based research and that the scientific and technical merits and any ethical aspects of proposed research are robustly assessed in each and every case, respecting the legislation in place.

We hope you will take these elements into account while drafting your Group’s resolution regarding EU coordinated action to combat the COVID-19 pandemic and its consequences. We also call on you to support the inclusion of  the animal welfare issues highlighted in the joint EP resolution which is due to be adopted on 16th April.

Thank you for your time and your support. We look forward to continued collaboration in the difficult months ahead.