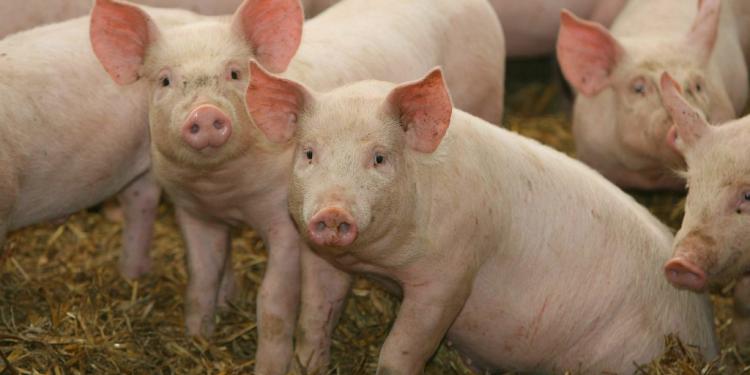 News
An EU-funded campaign has been launched in France, Spain and Portugal to ‘demystify’ the production of pork. Joanna Swabe argues that if we’re going to ‘talk about pork’, let’s talk about routine violations of animal welfare legislation and eating less of it.

Given that the EU has outrageously co-funded this promotional campaign to the tune of around €7.5 million, it would be remiss not to take up this invitation.

So, let us indeed talk about pork…

Pig business is big business. Nearly half of the meat produced in the EU comes from pigs; around 13% thereof is destined for export. Over 22.7 tonnes of pigmeat was produced last year, over half of which in Germany (23%), Spain (20%) and France (10%). This translates into 245,024,000 sentient beings who have been slaughtered for food. The majority of these animals will have been raised in intensive production systems.

It is true to say that pigs in the EU perhaps enjoy some of the highest welfare standards in the world. At least they do on paper. The ‘Let’s talk about pork” campaign’s claim that conditions of production have “scrupulous respect for the highest standards of animal welfare” is tantamount to humane washing.

All industrial produced pork comes from animals confined indoors, in concrete, barren, overcrowded warehouses. Yes, all pigs in the EU are kept in group housing. However, they may still be legally confined to individual stalls for a 28-day period at the beginning of pregnancy and a week before the expected birth of the piglets. HSI urges the revision of the legislation to remove this exemption to ensure that sows are kept in group housing throughout the entire gestation period and farrowing.

There are also significant welfare problems relating to substandard housing conditions, primarily due to a lack of effective enrichment materials. Routine tail-docking is also a major issue. Let’s talk about that.