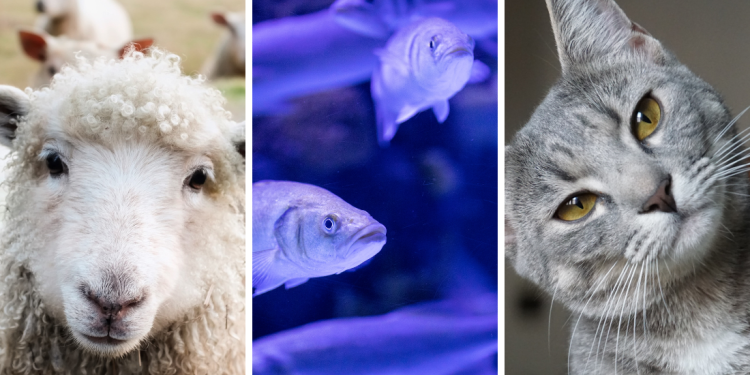 A discussion on animal welfare at the Agriculture and Fisheries Council meeting yesterday revealed many countries are curious to explore how animal welfare legislation can be improved across areas like the welfare of farmed animals, including fish, and how these values can be reflected in trade policies.

The meeting started off with a rousing speech by Commissioner Stella Kyrikades, who asserted the EU "needs to do more" to improve animal welfare, especially as the animal welfare legislation has not been reviewed since 2009.

We were pleased to hear her mention the positive response of the Commission to the 'End the Cage Age' ECI, pointing out the need for a transition to cage-free farming. She also addressed specific issues that we at Eurogroup for Animals have been campaigning for, including the welfare of farmed fish and dairy cows.

Further, Kyrikades highlighted that current regulations for animal welfare are too vague and not adequately enforced, particularly concerning slaughter and transport. The EU does not have enough oversight of these processes to ensure good animal welfare standards are met, and similarly, problems related to trade both in and outside of the EU should be considered.

She concluded by saying a harmonised approach to animal welfare at EU level would benefit animals and people, as well as strengthen our food systems and public health, before opening the floor for insights from the agriculture ministers in attendance. Hear from each Member State directly here.

Which animal welfare topics were the Member States most interested in addressing?

There was a clear intention for more species-specific rules to feature in the new animal welfare legislation. Cyprus, France and Lithuania called for a ban on the culling of male chicks, while Lithuania further commented that the new regulations should incorporate targeted standards for species like fish and poultry. Greece advocated for the same, citing sheep, goats, and fish as examples, where Ireland, Lithuania, Finland, Croatia and Luxembourg showed interest in the welfare of dairy cows. A call for species-specific provisions for turkeys was raised by Austria and Germany.

Long-distance transport was additionally a priority area for many, with Spain pointing out they have just adopted a new decree on the transport of animals. Many Member States backed limitations on animal transport, too. Sweden called for a ban on long distance journeys, where Cyprus, Luxembourg and Belgium asked for journey time and/or temperature limits. Other Member States, such as Estonia and the Netherlands, mentioned the urgent need to revise existing rules as well, while Luxembourg advocated for a total ban on certain exports going to third countries for slaughter.

What’s more, several Member States were concerned with trade issues. Spain, Hungary, Poland, Bulgaria, Estonia, Greece, Slovenia and Lithuania emphasised that imported products must have the same rules as those applied in the EU. Similarly, Latvia commented that the illegal trade of animals should be curbed, and agreed with Belgium, Estonia and Romania that cats and dogs need to be more closely regulated, too.

Moreover, problems surrounding animal welfare and public health were on a few radars. Finland pointed out that "bacteria does not recognise borders", so it’s important to have EU-wide restrictions on antibiotics. Italy added that they have already included measures to fight antimicrobial resistance, while Slovenia and Luxembourg nodded to the link between higher animal welfare and the lower use of antibiotics.

As pointed out by Kyrikades herself, ministers from Sweden, Cyprus and Ireland referenced that better enforcement and implementation needed to feature within the new animal welfare legislation. It’s critical that standards are taken seriously and rolled out properly, if we - and critically, animals - are to feel their benefit.

Finally, nearly all EU agriculture ministers emphasised that financial aid would be required to ensure a sustainable transition.

What did we think of the discussion… and were there any areas that were overlooked?

We appreciate that so many Member States advocated for species-specific provisions to be included in the forthcoming proposals. We were particularly glad to hear fish - which have only been recently recognised as sentient beings - mentioned multiple times. We’re excited to see how their welfare will be represented in the new legislation, especially following the EU Commission’s launch of a Fish Welfare Reference Centre, which should serve as a useful tool for drawing up better aquaculture standards.

It was also heartening to see so much focus on trade and transport issues, which are a huge source of suffering for millions of animals annually. Reshaping these would be a significant win for their welfare.

That said, there were a few key areas we wish had more focus in yesterday’s talks. Along with Austria, the Netherlands was the only Member State to allude to a ban on farming animals for fur, despite the roaring success of our Fur-Free Europe ECI which recently passed a million signatures.

Furthermore, Sweden was the only Member State to draw strong links between the EU’s sustainability goals and higher animal welfare standards. Better animal welfare is at the heart of food system transformation, so it’s important ministers make - and act on - this connection.

Finally, the worrying trend of Member States citing the need for long transition periods was clearly visible, even though past experiences of transitioning from conventional to enriched cages have proven to be less lengthy than expected by farmers, for instance. It is important for transition periods to be realistic, and many examples of farms that have already converted to cage-free farming systems prove changes can be made efficiently.

Ultimately, while Member States shared a lot of positive animal welfare goals and interests in yesterday’s meeting, more work needs to be done to ensure the new laws significantly improve the lives of all animals across the EU. Part of this journey will involve building confidence in Member States to transition to higher animal welfare standards at pace, as the more quickly these are implemented, the more animals will be saved from suffering… and the faster we can transform sectors like trade, food and farming for the better in Europe.